Yes, Rain’s on the road again!

The 27-year-old Hallyu star is currently on his Legend of Rainism tour, which kicked off on Aug 29 at the Saitama Super Arena in Japan.


His latest show boasts an asymmetrical stage, a live band (as opposed to minus-one tracks) and of course, nifty dance moves. The star also pays tribute to the late King of Pop by singing Billie Jean complete with the signature fedora and smooth dance. After all, Rain has always said that his dance is inspired by Michael Jackson. 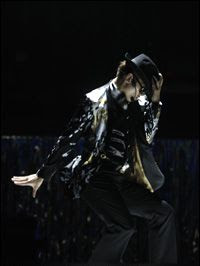 
While Rain’s 2007 I’m Coming World Tour was an explosive and energetic extravaganza (trust us, we were there!), expect to see a softer side of the singer as he slips in a “romantic segment” in his current repertoire. 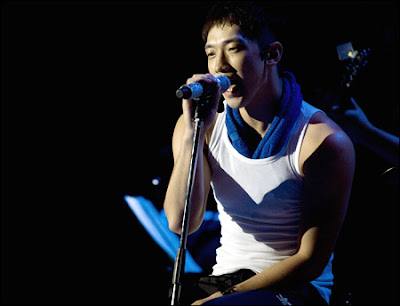 The singer, who will be starring in the upcoming Hollywood production Ninja Assassin, has been working out and rehearsing for the concert for the past 6 months.

Further dates and venues will be added as soon as plans for the promotion of Ninja Assassin are confirmed.

Want more information on the Legend of Rainism? Go to: http://rainism.com/english/main.html