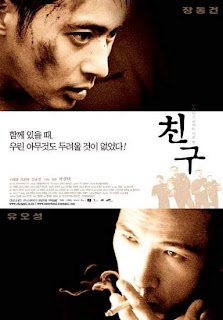 Stay with the flick long enough and you’ll be rewarded with a poignant story about the friendship between four childhood friends.

The friends have always had each other’s backs, but a time comes when a twist of fate causes a deep riff in the bond of friendship.

These friends come from vastly different backgrounds and because of this, their lives take on different paths as they grow up.

Two of the boys – Joon-suk (Yoo Oh-seong) and Dong-su (Jang Dong-gun) – become gangsters. The other two – Sang-taek (Seo Tae-hwa) and Joong-ho (Jung Woon-taek) – live more normal lives: one continues with his studies while the other settles down.

Nonetheless, the friends still keep in touch and support one another. Take for instance the time when Joon-suk is enslaved by his drug addiction. The mild-mannered Sang-taek visits him and even promises to help him out if needed. 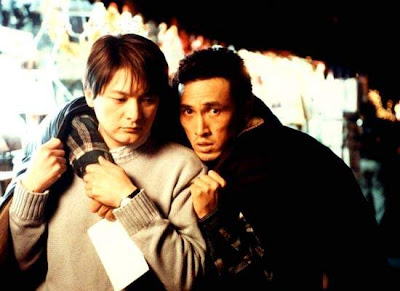 
Seasons pass and Joon-suk becomes the head honcho of his father’s gang. And as things turn out, his close friend Dong-su works for a rival gang. They give each other breathing space, but it is only time before the pair butt heads. 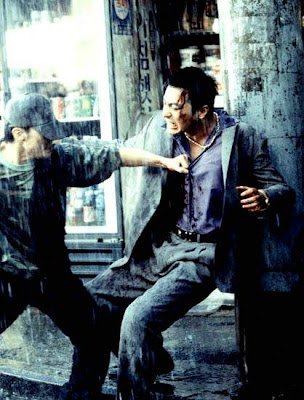 Quarrel: ‘Sucker punch me again and I swear
I’ll steal your girlfriend.’


As the movie unfolds, the strain on Joon-suk and Dong-su’s friendship becomes evident. And just like Sang-taek, the viewer can only watch from afar as the gap between the two men widens.

Jang Dong-gun who is known for his performance here embodies the tortured Dong-su. He’s an undertaker’s filial son who tries to eke out a path of his own in life, but little does he know, the road he takes lead him to dire consequences. 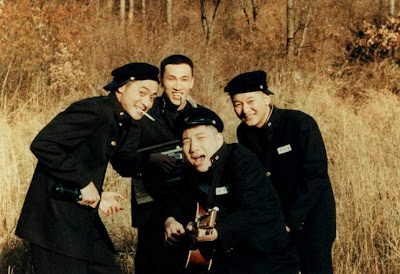 The friendship between four childhood friends is tested by time and circumstance in this poignant story.

Orchid and I watched the movie at Korea Plaza. No one except us attended the screening, which was in conjunction with the Chungmuro International Film Festival. We had the mini-theatre all to ourselves. Mwah ha ha ha ha :-).