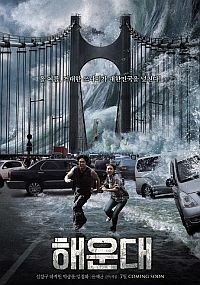 Hands down Lee Min-ki, who portrays Choi Hyeong-sik. Sure, he only has a supporting role in the flick but the model-turned-actor deftly portrays a chivalrous and charming coastguard.

As the simple and kind hearted Hyeong-sik who meets sassy Hee-mi (Kang Ye-won), Min-ki’s character is an absolutely lovable one that turns out to be a selfless hero.

The film looks at the various lives that are affected by a tsunami that hits Haeundae, an extremely popular beach in Pusan, South Korea.

Apart from the affable Hyeong-sik and his new friend, we also witness the lives of simple fisherfolk Choi Man-sik (Seol Kyeong-gu) and Kang Yeon-hee (Ha Ji-won), whose romance is blossoming in the wake of the impending disaster.

There’s also the story that involves the fractured family of Kim Hwi (Park Joong-hoon), the geologist who discovers the tsunami. As their story unfolds, Kim Hwi is given a chance to reconcile with his estranged ex-wife (played by Uhm Jung-hwa) and young daughter. 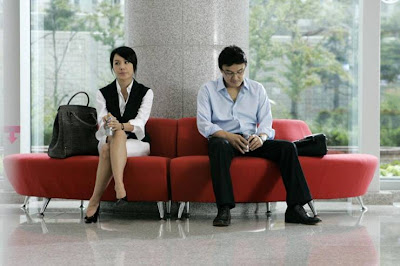 
Expect the filmmakers to milk sympathy from this story for all its worth…and doggone it, it worked on me. *sniffle*

The special effects, which are done by the same people behind the Perfect Storm, aren’t mind blowing, but functional.

The stories are at once touching and hilarious. However, there’s nothing spectacular that makes you sit up and take notice. Everything that you see here, you’ve seen it before in other disaster flicks. On a whole, the film feels like it’s just “going through the motions”. 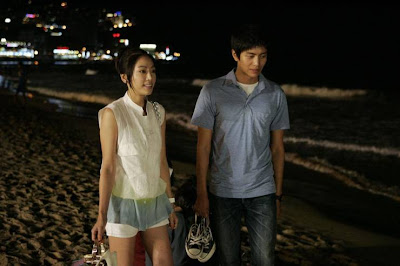 Walk: ‘Yeah, I think I dropped the needle right about here.’


Nonetheless, the comic relief is surprisingly very effective here. It comes in various forms such Hyeong-sik, who is bullied by the outspoken Hee-mi; and the rough around the edges Dong-choon (Kim In-kwon), whose luck is so unbelievable it’s hilarious.

Haeundae is an entertaining movie, but it’s not a tsunami of a loss (heh, heh) if you give it a miss.

Haeundae, which is located in the port city of Pusan, draws one million visitors to its beach every year. As holidaymakers bask under the sun one hot summer day, a mega-tsunami barrels its way to the beachfront community at 500 miles per hour! 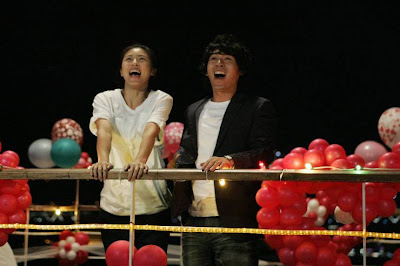 Happy pair: Even when you’re facing doom, put on a happy face!

It started playing in Malaysian cinemas since Sept 17. Support the Hallyu, buy a ticket :-P.