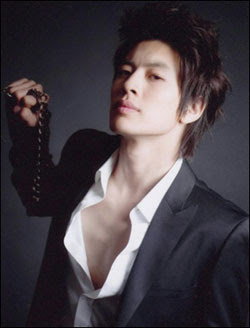 Remember him? You know, the La La La singer? 😛

After heading to the US to make his lacklustre debut there, Se7en (pic, right) is finally returning to the K-pop scene. Hallelujah!

The 25-year-old is reportedly working on a new album, which will be released next year.

On Oct 23, the singer’s agency YG Entertainment (YGE) said: “After Se7en finishes recording, he will unveil the new songs in the early part of next year.”

Se7en has been missing from the K-pop scene for a while. The talent, who is dating Park Han-byul, devoted the past two years to breaking into the US music scene. His debut single Girls, produced by Dark Child, kinda…er, bombed. *Liz ducks from the sticks and stones hurled at her*

YGE added: “As for the type of record, we haven’t decided yet. It would be either a single, or a mini album.”

I hope this means Se7en has gotten his American aspirations out of his system. While we realise the importance of chasing after one’s dreams, we are not really in favour of Se7en’s below par activities in the US.

Club appearances in the States when he could easily fill stadiums in South Korea? Supercilious lyrics? ‘Lil Kim?? Ai yai yai what were his managers thinking?

For old time’s sake, here’s one of my fave Se7en tracks – the sexy La La La