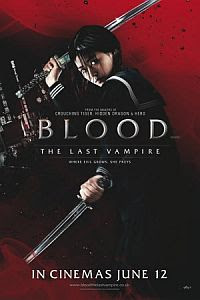 Ugh, I’m sad to say this: nothing much.

While watching the film, I couldn’t help labelling it a B-grade movie: below par CGI effects, poor acting, cheesy dialogues and a shallow plot.

Sure, it’s based on an anime – which I do not follow – and while one might not expect too much from it, the storyline, as well as its delivery here, is neither interesting nor engaging.

The katana action sequences are pretty cool, but in this day and age, moviegoers are already desensitised to displays of flamboyant martial arts. Viewers not only want intense action, they also want meat on the story, which Blood fails to deliver.

In fact, the main story seems more like a side plot to the action scenes. The drive of the flick – the gradual revelation of Saya’s identity – is treated like an afterthought.

Also, the “big reveal” is handled so carelessly that it’s such an anticlimax. There’s just nothing much going for this flick and viewers will be disappointed when the end credits start to roll…I know I was. 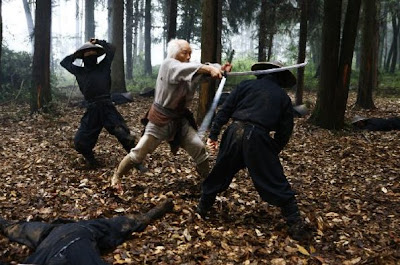 
There is no intrigue, no mystery, no oomph to Saya’s story.

Of course, the only reason K-popped! is watching the movie is Gianna Jun (Jeon Ji-hyun), who makes her Hollywood debut here. While the South Korean talent portrays the brooding, demon-slayer of a few words well, it isn’t enough to make the film an enjoyable experience.

Blood reminds me of that 2007 B-grade disaster Dragon Wars: unimpressive, non memorable and just going through the motions. I just hope there won’t be a Part Two to this flick. 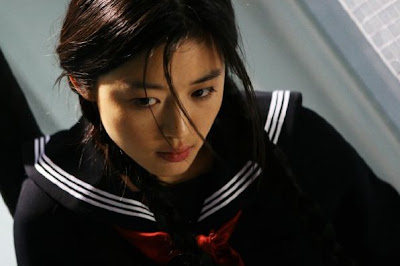 Mad: Saya is pissed off at the bad CGI creatures she has to battle with


Jeon Ji-hyun sshi, please find another “Hollywood” movie to appear in to expunge this disappointing debut from our memories…we know you are capable of appearing in something better.

Saya (Gianna Jun) is a hafling – part vampire, part human – who only lives for one thing: to mete out revenge on the Mama (sic) of all demons, Onigen (Koyuki). The rest of the story is…irrelevant. 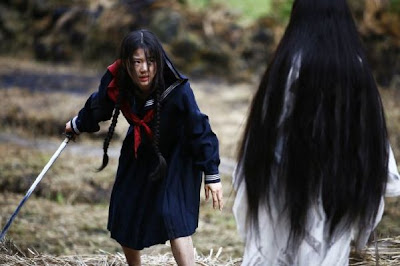