…but surely not lonely when the band is capable of producing such catchy tracks like its Korean debut hit Alone (I’m a Loner).

I like this guy. He’s suave, good looking, stylish and quite the talent. Jung Yong-hwa (21), the leader of C.N. Blue, sure knows how to work the camera. 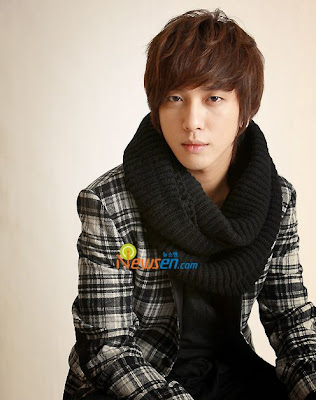 Charisma: Jung is the leader of C.N. Blue, a band that is making
waves in the Kpop scene after debuting in South Korea on Jan 14, 2010


I was *cough* mesmerised by his come hither looks as he performed Alone, along with the rest of the C.N. Blue quartet during their Music Bank appearance on Jan 22. I was bowled over by the performance. (Hit the play button to see for yourself!)

What’s so refreshing about the group is that its members are capable of playing their own instruments…like F.T. Island, who is incidentally under the same label as C.N. Blue.

C.N. Blue is a nice change from all the mass-produced boybands and girl groups currently dominating the Kpop scene. Let’s hope the boys will continue to rock the scene throughout the year :-).