The Street Café (TSC), which is located in Asian Avenue at Sunway Pyramid Shopping Mall, serves delicious halal Korean fare. Our Muslim readers would probably be familiar with this joint as it is one of the very few Korean eateries in town that is halal. 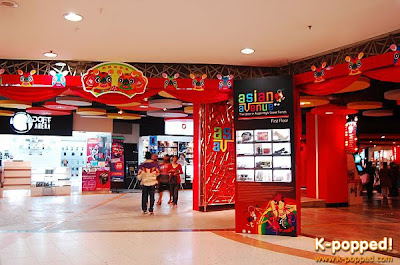 
Orchid and I met up with Andrew Kim, one of TSC’s partners for a chat about the café, Kpop fans and yummilicious Korean food.

“This is the first The Street Café outlet. We opened on 08.08.08,” reveals Kim one busy Sunday afternoon. “Our second outlet is a double storey building in SS15 Subang Jaya.” 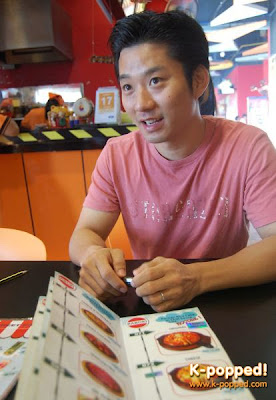 The SS15 outlet is reportedly packed during lunch hour thanks to the college crowd from the nearby university colleges. The outlet, which has a huge LCD screen playing the latest Korean music videos and wi-fi, is a hip place to be seen at.

A unique thing about the outlet is that it caters for private functions as well and many Kpop Fan Club gatherings have been held at the restaurant.

“I am impressed and surprised by how the locals are so into Kpop. They really appreciate Korean culture and food,” says Kim of the Hallyu craze in Malaysia.

“It’s amazing to see them write in Hangeul…some of the girls even have better handwriting than me!”

The idea behind TSC is to provide Malaysians with affordable and tasty Korean fare. Of course, special consideration is given to the Muslim community and TSC proudly bears the halal stamp. 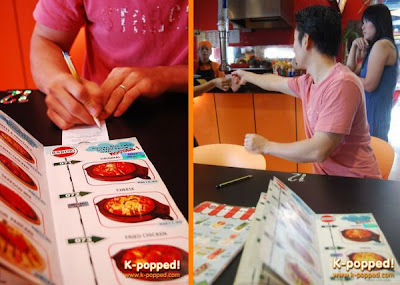 This is how you do it: Just put a tick beside the items you want (left)
and give it to the friendly waiter


There is a difference in the eating habits of South Koreans and Malaysians. While the Koreans are very particular when it comes to healthy eating, Kim has discovered that Malaysians are more concerned with the price tag that comes with the food.

“Our items range from RM4.90 to about RM16.90. We want to make our food affordable to the public, something as easily available as a plate of nasi lemak or roti canai,” says Kim, who attended high school in Malaysia – and subsequently fell in love with the country. 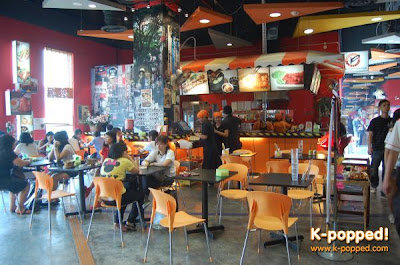 For the young (and young at heart): The Street Cafe is for the hip
and trendy crowd


The entrepreneur is as familiar with Malaysian food as he is with Korean cuisine.

The young man, who has had his share of bak kut teh, nasi lemak and maggi mee goreng, believes that most Korean restaurants offer a family setting environment and TSC wants to break that mold with its more relaxed and easy-going atmosphere that is perfect for the younger crowd.

For drinks, we chose from a menu of Korean canned drinks (RM4.90 each). Orchid ordered a Korean pear (배) drink while I went for the sikhye (식혜) or sweet rice drink. 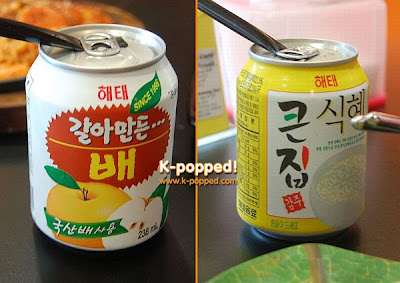 
Both the Korean BBQ Chicken and On Fire Fried Chicken are meat-on-skewer dishes, or what we would like to call “satay”. The sweet and sticky teriyaki sauce made the meat delicious and tasty. However, be careful with the On Fire Fried Chicken as it is really spicy. We could feel beads of sweat forming on our head as we bit into the chicken marinated in the extra spicy sauce. 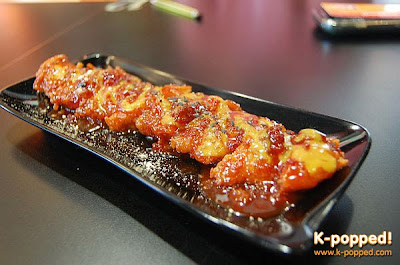 Burn, baby, burn: Be careful with this one – the On
Fire Fried Chicken 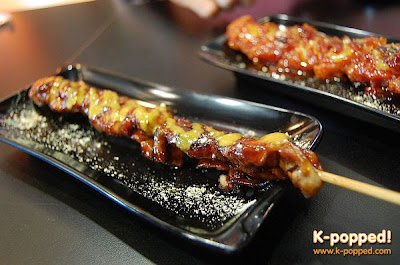 
The Fried Chicken Raboki is a combination of Korean rice cakes or ttoboki (또보기) and noodles in “sweet and spicy” chilli sauce. I enjoyed the ttoboki, but the noodles were like a sponge, soaking up all the sauce, which is a little on the sweet side. 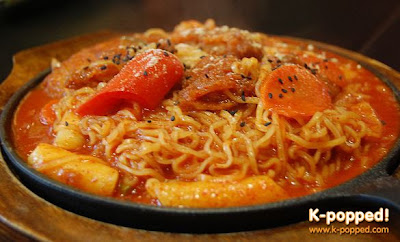 Main dish: Fried Chicken Raboki is a little on the sweet side


All said, if you have been looking for a Korean restaurant that has great all-round Korean ambience (latest Kpop tracks, anyone?) and halal Korean food, make a beeline for The Street Café. You even have two outlets to choose from…and word has it that there may be a third outlet opening soon in 1 Utama.