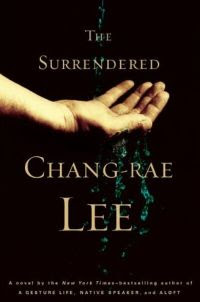 K-popped! was asked to review The Surrendered, a novel by Korean American author Lee Chang-rae. Lee (45) is an award winning, bestselling author of three novels: Native Speaker, A Gesture Life and Aloft. The Surrendered will be released March 9, 2010 in the US.

I have not read any of Lee’s (pic right, below) works and The Surrendered is my first book by the author. The novel is filled with eloquent and affecting prose with a very engaging first chapter. It is about the tragic deaths of the protagonist’s siblings in an accident that is at once graphic and heartbreaking.

Lee paints vivid pictures for the reader with his words. It comes as no surprise since the author teaches in the Creative Writing Program at Princeton University.

While The Surrendered is beautifully written, it is not an easy read as the story is disheartening – tragic with a sense of hopelessness. The dark themes running through the story are of unpleasant memories and longing. So moving and upsetting are they that I had to periodically take a break from the book.

The former is a Korean War orphan that went against all odds to become a successful business woman in New York. However, her past has left her emotionally scarred and even though she survived the Korean War, her wounds are so deep, real and fresh that she continues to grapple with broken relationships – most especially with her estranged son.

Meanwhile, the latter is a Korean War veteran who once saved June’s life. They were at the same orphanage during the war. Currently, Hector lives a life of disappointment and despair. The bud of a better life presents itself but it is quickly squashed when his past returns to haunt him. 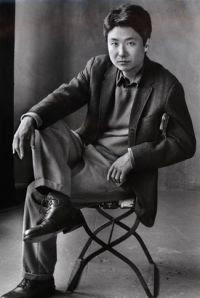 June and Hector has a complicated friendship that forces them to go on a pilgrimage of sorts. With June terminally ill, and Hector being the only person who cares enough to help her, the pair travels to Europe for June’s final hurrah. The secrets of their past are gradually unveiled and in the centre of it all is a broken missionary wife named Sylvie Tanner, whose love they once both sought.

As the story unfolds, readers are taken through the appalling acts of violence and love the characters experience, the struggle they go through and the personal wars they battle. They may have physically survived the atrocities of war, but the emotional wounds have disfigured them for life.

The Surrendered veers on being a depressing read. Personally, I had quite a struggle to finish it. Such misery and hopelessness, while beautifully communicated, is still a little difficult to take.