They just wanted to represent SHINee World Malaysia at the auditions and didn’t think of getting into the final nor bagging the 1st runner up title! 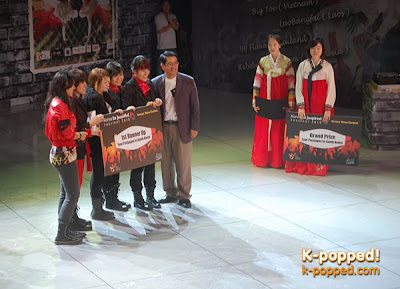 Winners: Epsilon is awarded for their efforts


Epsilon, a quintet that danced to SHINee’s Noona’s Very Pretty and Ring Ding Dong, had never performed to a live audience until they participated in Malaysia’s Korean Wave Contest (KWC). Coming in as the 1st runner up came as a huge surprise to them.

“This is the first competition we’ve ever joined. We are shocked (at the win) and also very proud of ourselves,” said Epsilon member Sandra Yam.

“When we heard about KWC the first time, it was already two or three weeks before the competition. We joined the competition to promote SHINee World Malaysia and never expected to get into the final,” she added. 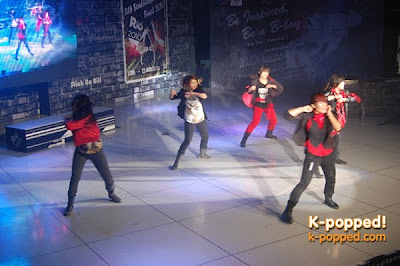 Working the stage: The girls groove to SHINee’s songs


Epsilon is a faithful representative of SHINee as not only did they perform to their idol group’s tracks, the girls also made their own “SHINee costumes”.

“We copied exactly one of the SHINee costumes. We just randomly bought cloth from Kamdar and sewed it ourselves,” Sandra revealed. 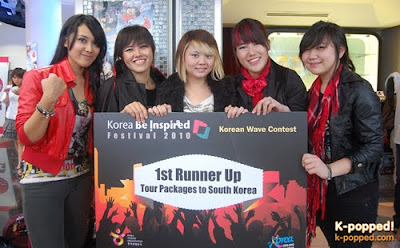 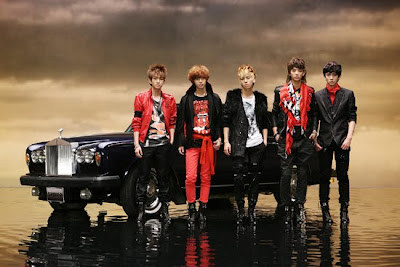 Original: SHINee in their costumes that inspired Epsilon 🙂


Epsilon won 2 tour packages to South Korea and tickets to Nanta in Malaysia (Zone B).

So who’s going to the land of Hallyu and who isn’t?

“You never know, we might all go. We were raving about the Hallyu Tour Package (offered by Korea Tourism Organization). Some of us could buy our own package or something like that. We’ll discuss it among ourselves later,” Sandra said. 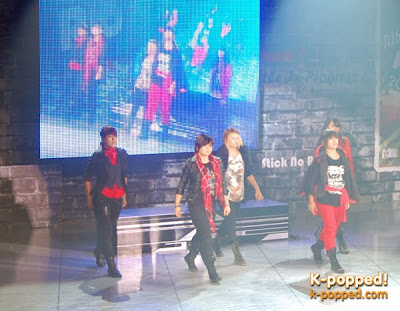 KWC is a competition inspired by the rise of the Hallyu in Malaysia. It pits Kpop-influenced talents against each other for prizes and the opportunity to get noticed. It is organized by Korea Tourism Organization.