A representative of YG Entertainment said that Se7en is set to make his comeback to the Kpop music scence after a whopping three-year hiatus. The 26 year old will release a mini album on July 21. 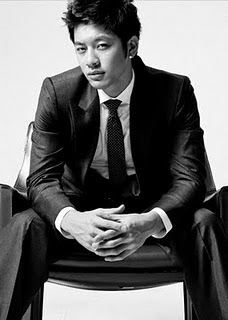 July return: ‘I’ll be worth the wait.’

Se7en debuted in 2003 with Come Back To Me and became a household name after releasing smash hits Passion and LaLaLa. The singer then debuted in Japan in 2005 and tried to make the crossover to the US in 2009 with the single Girls.

After being away from South Korea for so long. Se7en was “reintroduced” to his homeland when he made a guest appearance at G-Dragon’s Shine a Light solo concert in December 2009.

Now, it’s time for Se7en, who is dating actress Park Han-byul, to make his much-awaited comeback.

Se7en to release new Korean album in 2010
Confirmed: Se7en’s girlfriend is Park Han-byul
Se7en debuts in the USA with ‘Girls’