Are they referring to the Devil himself? 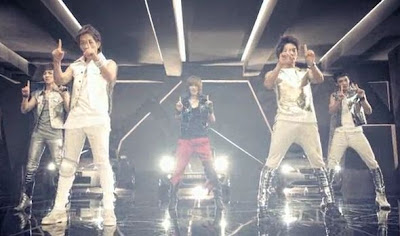 LUCIFER: Are they ‘devils’ in disguise here?

The SHINee boys just released the MV for their title track Lucifer, which is from the quintet’s brand new second album.

The boys, who did some more growing up, show off some smokin’ hawt dance moves in the MV. Check it out below.

Are you a SHINee fan now?