Four readers of K-popped! had the opportunity to get up close and personal with the Wonder Girls at Sunway Resort and Spa Hotel on Aug 1. 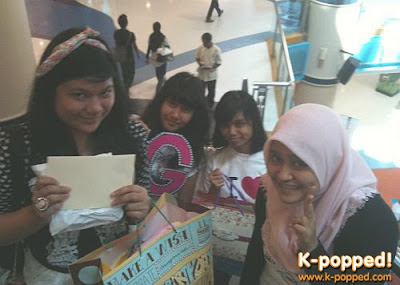 K-popped! had to keep the venue of the exclusive meet and greet a secret, so we asked our winners Iman Atira and Siti Nur Fatehah, along with their respective friends Nur Atiqah and Nazwin, to meet up at a Starbucks outlet in the adjoining shopping mall, Sunway Pyramid.

Call time for the meet and greet was 11:45am. We got to the hotel lobby five minutes early and the girls spotted VJ Sean (MTV Korea) outside the lobby. They quickly excused themselves for a photo opportunity while I made an important phone call for my next instruction. 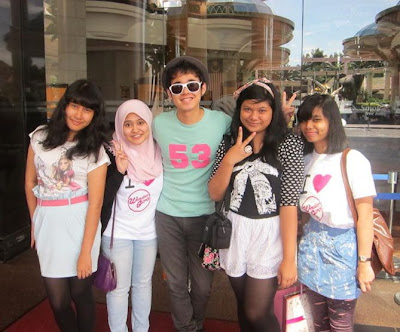 SO HOT: VJ Sean of MTV Korea (center) has many girls falling
for him, including our winners 🙂

The MTV Asia contact said she would call back in a few minutes’ time. While waiting, Orchid arrived and took pictures of the girls with their gifts for the Wonder Girls! 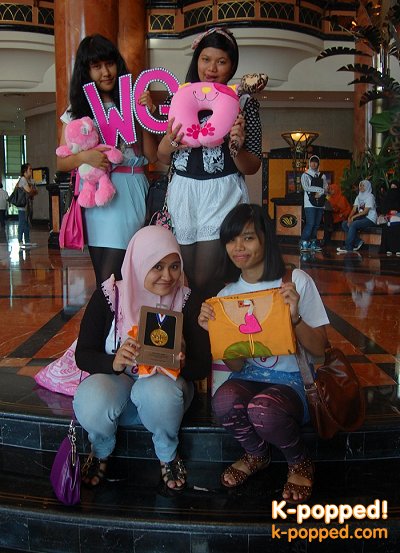 GIFTS: ‘Our gifts for the Wonder Girls!
We hope they’ll like them.’

A while later, my cell phone buzzed and the instructions were: “Come up to the 15th floor, Business Center 3.” When we arrived at the 15th floor, we were let into the holding room where the other lucky Wonderfuls were. 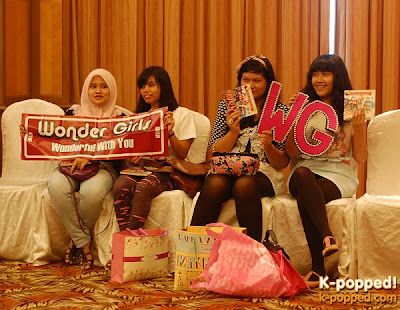 SHOW OF SUPPORT: Cheering on the Wonder Girls in
the holding room 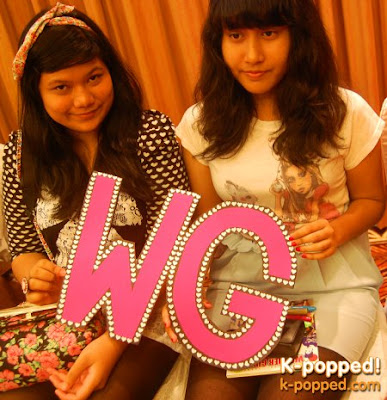 NOBODY BUT WG!: Iman Atira (left) & Nur Atiqah show off
their handmade sign 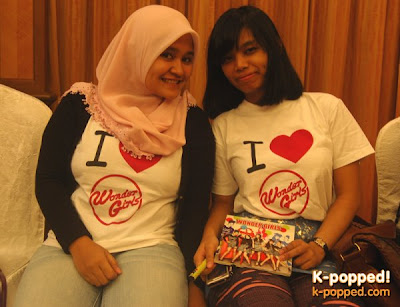 After that, selected fans were interviewed and asked to dance / sing to Wonder Girls’ songs. The Wonderfuls were so supportive of one another, and they sang for those who danced.

K-popped!’s winners, Iman Atira and Nur Artiqah were asked to perform So Hot! They gamely danced for the camera :). Watch it below!

As the fans waited in the holding room, the organizers of the meet and greet were at the corridor, waiting for the Wonder Girls to arrive. 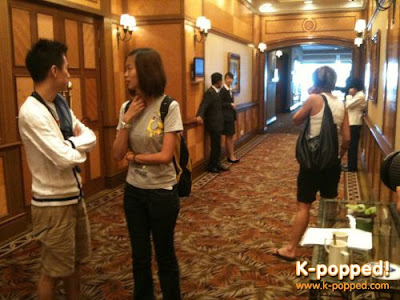 ARE THEY HERE YET?: ‘Wonder Girls are on their way down,
folks. Look alive now :P’

Soon, the five beautiful talents walked past us along with their entourage. After the girls have settled down, the meet and greet started.

Fans were put into groups of 6 and each group was allowed FIVE minutes with the girls. They could present them with gifts and also ask for autographs and hugs (yay!).

K-popped! winners were called up first and the four girls, along with Orchid and I, were the first group to meet the Wonder Girls! Sweet.

Watch the video of our readers in their precious moment with the Wonder Girls. 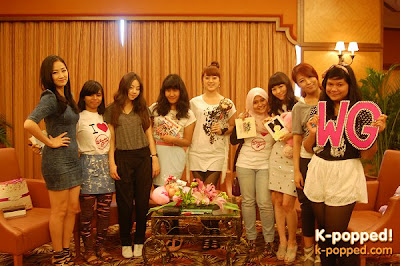 Girls, we had a great time documenting the fantastic moment, we hope you had a good time too!

Much thanks to the MTV Asia crew for their support. We love ya, Wonder Girls…빨리 돌아와요!