Kpop fans in Malaysia got together for a good cause recently. Voices of Tomorrow (VoT), a charity event organized by MYSJ and Sapphire Pearls Malaysia, raised RM1,300 for UNICEF. 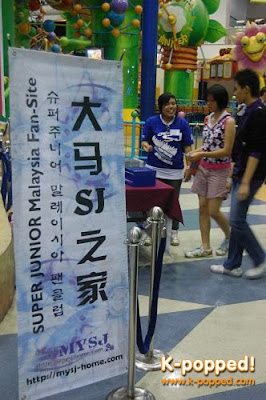 BY THE FANS, FOR THE FANS: Welcome
to Voices of Tomorrow 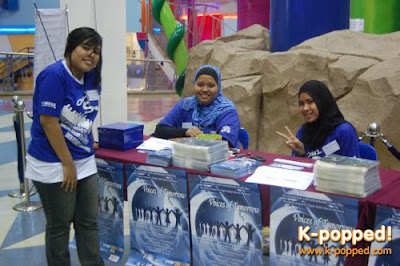 AT THE RECEPTION: Being greeted by the lovely ladies of MYSJ


The event was held at the Cosmos World Theme Park, Berjaya Times Square on Aug 14. Apart from raising funds for UNICEF, children from the Taman Megah Handicapped & Disabled Children’s Home were also invited for the two-hour event.

To entertain the crowd, there were performances by the 2010 Korean Wave Contest winners and participants, namely Progression, Ruffneckz, Cherry Boom and Dawn’s Arch. 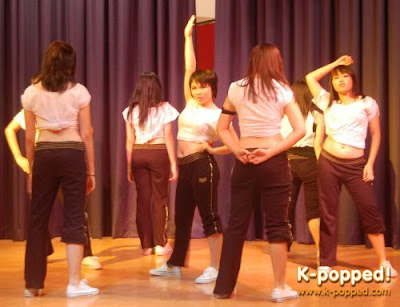 DAWN’S ARCH: The all girl group strikes a pose before
their performance 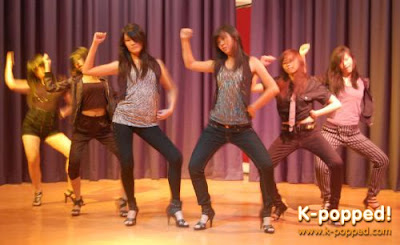 CHERRY BOOM: ‘See Ma, we can bend our legs like so.’ 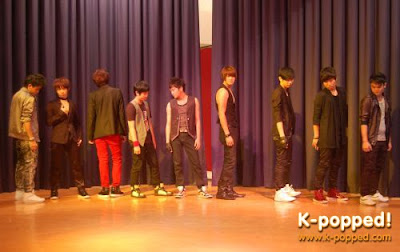 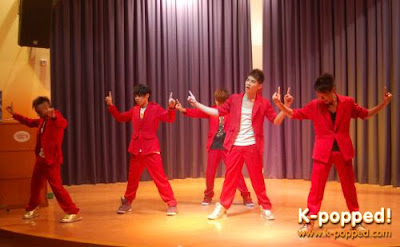 RUFFNECKZ: Dressed up like B2ST for a SHINee dance cover (Lucifer).
Oh, they are red devils indeed


The dance groups put on a good show as they got jiggy to the latest Kpop tunes such as Super Junior’s Bonamana, SHINee’s Lucifer and 4Minute’s HUH.

HUH HUH!: Cherry Boom wows us with their ability to dance in high heels.

The children from the home were treated to front-row seats. Later, they were all presented with goodie bags and took a group photo with Cosmo, the theme park’s mascot. 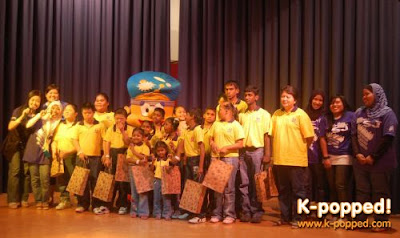 FOR A CAUSE: Putting a smile on the children’s faces


On top of that, there were three separate lucky draw sessions in between performances. Goodies given away ranged from yummy Korean food hampers to the much-coveted Super Junior Boys In City 3 photobook. After the event wrapped up, everyone was free to go on unlimited rides at the theme park. 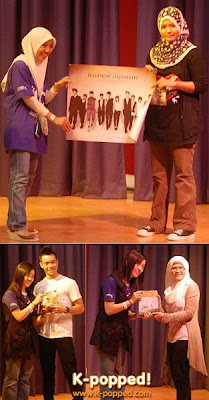 
However, VoT closed on a rather somber note and some of the committee members were even crying. They were heartbroken because VoT was their final major event together as a team. The committee will dissolve after this due to personal commitments. 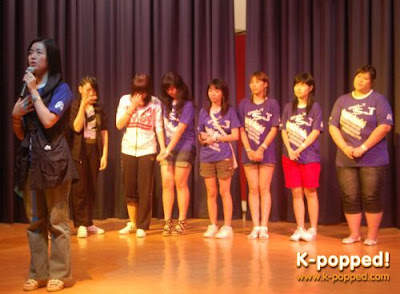 VoT is considered a success judging from the supportive crowd. It was inspiring to see Kpop fans doing their bit for charity in the name of their fave stars. Here’s hoping that other such events will take place in the future.

Other charity events by Kpop fans:
MY Hottest raises RM3,000 for Haiti