So, you were there at the Sunway Lagoon Surf Beach on July 31, huh? It was a wet and humid affair as the rain didn’t let up until close to midnight. The music fans were awesome, the performers ranged from OK to spectacular, but the waiting between the acts was a chore. 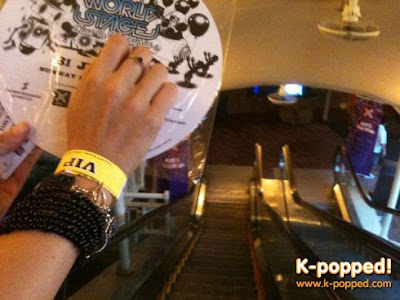 Due to the bad weather, the huge LCD screen malfunctioned when Korean girl group the Wonder Girls performed their set, so there was a retake of Nobody after the party ended. There were many technical problems throughout the show as well. At one point, the MTV VJs mics malfunctioned and some of the TV screens around the VIP area showed nothing but a black screen.

MTV VJ Utt had the thankless task to apologize to the crowd for the many technical problems. He was booed at, which was understandable as those who were in the Normal Zone had to endure hunger, exorbitantly-priced food and drinks, and being squashed in a sardine can-like environment for six to seven hours. 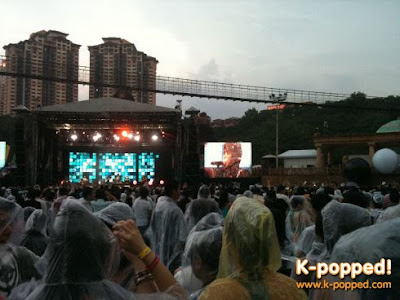 RAINY DAY: It rained the whole night. The ponchos
provided by MTV kept us dry

K-popped! was there for one reason only – the Wonder Girls! And boy, the girls sure did not disappoint (I dug Katy Perry too. That Peacock song was cool, it’ll be in her upcoming album).

The Wonder Girls’ retake of Nobody turned out to be a bonus for Wonderfuls who hadn’t left right after their set that night. The girls sent us off with loads of well wishes and a great promise – to return to Malaysia for their very own concert!

Read on for a more in-depth look at the Wonder Girls’ set and Nobody retake.

A little after 8pm on July 31, the Wonder Girls appeared on stage behind huge cages. Each of them did a sexy little dance in the cage before busting out and launching into I Wanna. Next, the quintet donned cool shades and sang Goodbye. 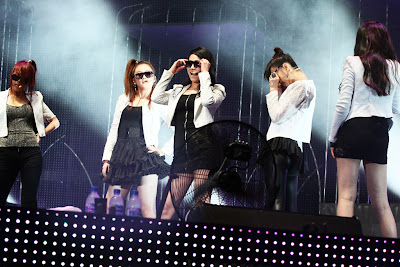 K-popped! fans went wild as So Hot came on and many sang along with the girls. The quintet then got the crowd competing between the various sections as they taught us how to sing the chorus to Tell Me. They then perfomed the song once the crowd got the part down pat. 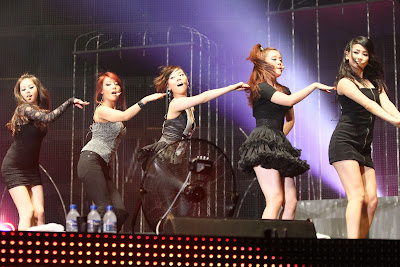 SO HOT: ‘Malaysia, if you think your weather’s hot,
check us out ;).’ – Pic credit MTV Asia

After Tell Me, they dived right into their latest single 2 Different Tears complete with a rock interlude where the Wonder Girls brought out their power guitars. Too bad the girls were just “air guitaring” :-P.

Before they rocked off stage, the girls teased with an appetizer of Nobody. The crowd went wild. Lights out, exit stage left.

During the break, interviews of the girls by MTV Iggy were shown on the big screens. A while later, the Wonder Girls exploded onto stage again in all their glittery glory for Nobody. They wore their famous sparkly gold dresses. Beautiful.

Their smash hit was extremely well-received by the crowd and the Wonder Girls‘ set, which lasted about 40 minutes, ended with a bang!

MTV World Stage Live in Malaysia 2010 was recorded and will be aired around the region on the MTV channel. Due to the rain, the giant LCD backdrop screens malfunctioned so the Wonder Girls had to retake their Nobody performance. 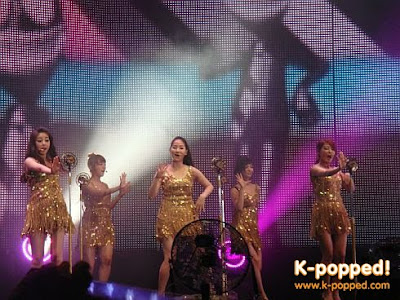 TAKE 2: See the screens at the back? It’s working!!

It was already past midnight after Katy Perry ended the music extravaganza with fireworks and fanfare. Music fans started leaving. The MTV VJs were already working the crowd at the post party at a club nearby. A technician/stage manager filled in their shoes and made announcements on the re-appearance of the Wonder Girls. 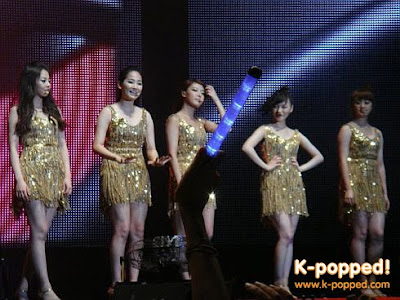 WARM WISHES: The Wonder Girls sending out
their love to the fans

Wonderfuls stayed back for the retake, and those in the VIP/back were asked to “don’t mind the security” and move up to the front of the stage. If was supposed to be a 5-minute wait, but it took like, forever, for the Wonder Girls to appear again. Here, watch their “encore” performance below.

After the retake, the Wonder Girls sent us off with warm wishes. Yenny said, “Kami akan merindui mu” (We will miss you) and the crowd roared. The girls were surprised at the response. Sun then said that they will definitely return to our shores for a concert.

Yes, please do girls. Give us a proper Wonder Girls concert where there won’t be any arduous waiting time. 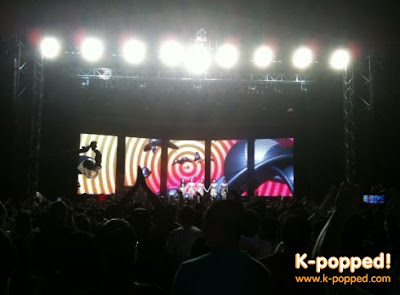 IN LIVING COLOR: Check out the designs on the screen. That was
the effect needed for TV 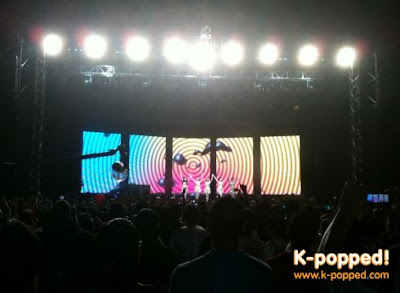