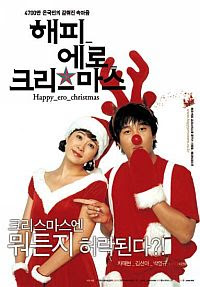 Now don’t get too excited over the title of the flick. If it can be shown on Malaysian TV, nothing naughty is going to happen. This comedy stars Cha Tae-hyun (차태현) and Kim Sun-ah (김선아).

The show’s pretty entertaining and the leads are cute. At the heart of the story is a love triangle of sorts between a mob boss, a policeman and a girl working at a bowling alley.

Ever since he was a wee lad, Byung-ki (Cha Tae-hyun) wanted to be a policeman. Now that he is one, he finds himself assigned to trivial tasks such as distributing promotional leaflets.

One day, he meets Min-kyong (Kim Sun-ah), an employee at the local bowling alley, and falls for her at first sight. His lame attempts to woo her go unnoticed because the local mob boss is also vying for her attention, but for a very nefarious reason.