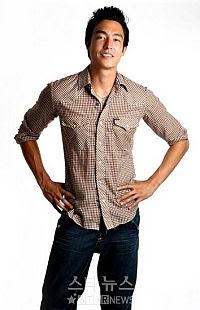 He’s a Korean-American who is gaining popularity in Korea. His most notable role to date is Dr. Henry Kim in the hit drama My Name is Kim Sam Soon. The 28-year-old also co-starred with Uhm Jung-hwa in last year’s rom-com Seducing Mr. Perfect.

The model-turned-actor’s latest project is My Father, where he plays a Korean-American adoptee who returns to Korea in the hopes of finding his biological parents. The film will be released this fall.

He has been quoted as saying that his mastery of the Korean language is like that of a 12-year-old, he cannot fully handle an all-Korean cultural situation and he’s not yet comfortable with the Korean style of emotional expression. So I guess he won’t be bawling his eyes out on cue then?

However, all that is unlikely to become a major obstacle for someone who looks like he does. In fact, Daniel reminds me of Hong Kong actor Daniel Wu. See, they even share first names!

Incidentally, Daniel (Henney) was spotted hanging out with Daniel’s (Wu) ex-girlfriend, Maggie Q …way back in 2005. 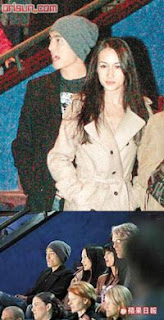 OK, OK, old news. It’s a slow day (in so many ways so don’t get me started) and I’m making a mountain out of a molehill.

Moving on…you can be Daniel Henney’s friend at his MySpace site!

Update Sept 5, 2007: Wait a minute, that MySpace address is a fake! Want the real Daniel Henney? Go to: http://www.daniel-henney.com