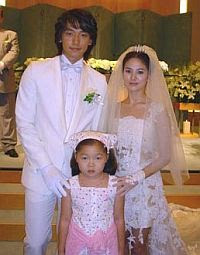 Production on the second season of Full House, the amazingly popular drama series starring Rain and Song Hye-kyo, is underway!

Writer Jo Jong-hwa has been working on the script for a full year and has already penned three episodes. Also, producers are considering shooting at locations outside Korea. Yo, production crew, wanna come to Malaysia?

The burning question right now is whether everyone’s favourite TV pair will be reprising their roles? The answer to that is still uncertain because casting will only be carried out later this year. No director is attached to the project yet.

Seriously though, do you really want Rain and Hye-kyo reprising their roles? Where could the plot go after the first season? Lee Young-jae and Han Ji-eun start a family? That wouldn’t work because although the couple sizzled when they were bickering with one another, they looked extremely awkward when they got together. They don’t make a good onscreen couple who are in love; their body language is a dead giveaway.

Would you want a second season of the show, or should they just quit while at the top?

An interview with Bae Yong-joon Tonight with Lee Seung Gi in Malaysia on Nov 2

21 thoughts on “Full House Season 2 in the works”