Digital Chosunilbo reports that Seoul is an “honest” Asian city! And guess where we – Kuala Lumpur (the capital of Malaysia) – ranked? At the bottom of the informal survey!! Why aren’t I surprised?

Readers Digest carried out the test by leaving 30 mid-priced handphones in busy public places with someone keeping an eye on it from a distance. They called the phone and waited to see the reaction of those near the mobile. Would they pocket the phone? Or make an effort to return it to its owner? 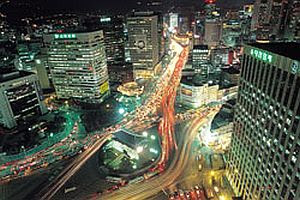 Out of the 30 phones used in the test, 27 phones were returned in Seoul, which is ranked as the third “honest” city on the list of 32 cities. Ljubljana in Slovenia ranked first (29 phones returned) and Toronto ranked second (28 phones returned).

And how did we Malaysians fare? With our kiasu (don’t want to lose) and finder’s keeper’s attitude, only 13 out of 30 phones were returned. However, we are in the same boat with Hong Kong!

So I guess when you visit Seoul, you won’t have to worry about losing your mobile or even having your handbag snatched, huh?