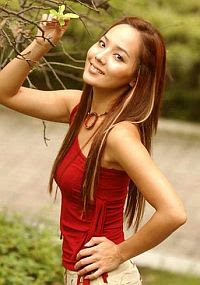 She’s absolutely adorable, especially in Love Truly. Have been watching the drama on 8TV even if it is dubbed in Mandarin because it’s really funny and Yoo-jin is such a doll. Her character is sweet, innocent and easy to sympathise with.

Yoo-jin a.k.a Eugene is a singer as well. She was part of a trio called S.E.S, but they went their separate ways back in 2002. Born in Seoul, the 26-year-old grew up in Guam before returning to Korea sometime during her high school years.