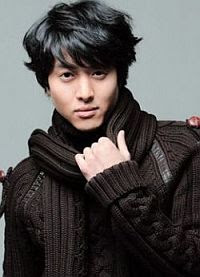 Sorry ladies, but this cutie’s taken. He is happily dating his My Boyfriend is Type-B co-star Han Ji-hye (한지혜). And his real blood type? A.

Baptised Emmanuel, the actor, who will turn 27 on July 26, also sings. However, he is much more successful as an actor than a singer. He reportedly said that if it wasn’t for acting, he would have left the entertainment industry.

Dong-gun made his acting/singing debut way back in 1997. He is currently enrolled in the Department of Theatre and Cinema at Hanyang University.