Traffic is a nightmare right now after a heavy downpour earlier. So rather than stay stuck in my car and breath in toxic fumes, I’ve decided to head on to IMEEM to listen to some Korean tracks. 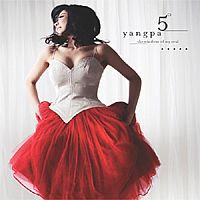 After watching Pops in Seoul last week, I made it a point to add Yang Pa’s Love…What’s That? (사랑…그게뭔데) to my playlist. It’s a beautiful song about lost love and is from her long-awaited 5th album, Windows of My Soul.

The release of the album marked Yang Pa’s return to the music scene after a 6-year hiatus! The 28-year-old hasn’t lost her mojo and is still making waves in the (very competitive) Korean music scene.

What I like best about the track is that it samples Johann Pachelbel’s beautiful Canon in D major. Ahhh, lovely.

Hit the links to listen to:

Or you can hit the play button above to listen here.