Big Bang (빅뱅) started out as a sextet but a member was dropped somewhere along this 10-part reality series. Learn all about the journey the young men take in order to become the next big thing in the very competitive South Korean entertainment industry. 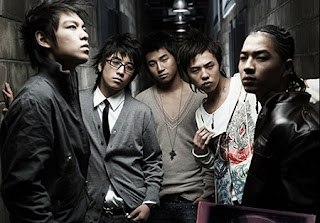 The episode I caught focused on the group’s leader, 19-year-old Kwon Ji-Yong (권지용) as he sacrifices his health to attend grueling practices just to keep his place in the group.

Since the boys are under YG Entertainment (one of Korea’s Top 3 most influential record companies), expect to see appearances by other YG artistes such as Se7en (세븐).

A reality documentary chronicling the demanding training Big Bang underwent before debuting in 2006.