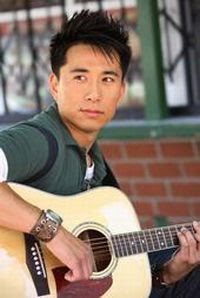 Save The Cheerleader, Save The World!

We know, we know, Masi Oka who plays Hiro in the hit American series Heroes is Japanese-American. However, the actor who plays his best friend and cohort Ando, is Korean American.

James Kyson Lee was born in Seoul but his family migrated to New York when he was 10. His middle name – Kyson – is apparently made up from the first letters of his parents’ surnames – “K” & “Y” – and the word “son” (hmm, so how come he is a Lee?). On the whole, the name means “Child of the Spirit”.

James studied Communications at Boston University and at the New England Institute of the Arts.

In the summer of 2001, James decided to pack everything he owned into a suitcase, sell his used car for US$1,800 (RM6,220) and jet off to Los Angeles on a one-way ticket. Once there, he began training in jazz singing, musical theatre and yes, acting.

His very first TV audition landed him a guest-starring role on JAG! Since then, he has appeared in many other series such as Las Vegas and The West Wing.

If you can’t get enough of James in Heroes, then watch out for the actor in 2008. Lined up for the 32-year-old are starring roles in four feature films! They are Shutter, Do Over, The Roel and Sleeping Room Only.

Apart from that, James has voiced a character in the video game The Darkness for Playstation 3 and Xbox 360.