Alright, unf4me, this one’s dedicated to you. *hugs* 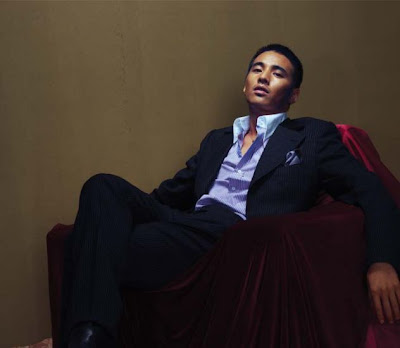 Won Bin sshi: ‘I’m not that attracted to women who overdress and who
try too hard to look sexy. For me, a woman who wears simple, casual
clothes has lots of natural beauty, and therefore lots of sex appeal!‘
– FHM Collections Spring/Summer 2004 (Asian Edition)

His story goes like this: the actor enlisted for military duty on Nov 29, 2005, kept a promise to his fans by volunteering for duty at the DMZ instead of the usual unit entertainers were relegated to and was discharged on June 7, 2006 because of a knee ligament injury that needed surgery.

He has been in therapy since then and is reportedly making a comeback mid-2008. Yes ladies, we have a weather forecast for ya: Major heat wave in the middle of next year. Be forewarned!

Born Kim Do-jin, the superhottie made his acting debut in a little known KBS drama back in 1996. His first breakthrough performance came four years later through Autumn in My Heart (2000). 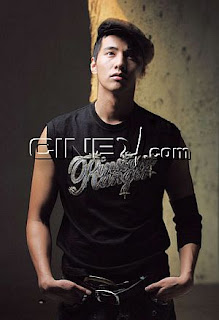 The 30-year-old secured his popularity by appearing opposite Jang Dong-gun in the box office smash hit Taegukgi (2004). Yeah, the movie caused us Malaysians to take note as well since all my guy friends were ranting and raving about how superb the flick was.

The film, which is about brotherly love, is about two brothers who are forced to join the Korean War. The elder brother (Jang Dong-gun) volunteers for every suicidal mission in order to earn the Medal of Honour, which is the only way his younger brother is guaranteed a discharge from the army. However, the younger brother (Won Bin) fails to understand hyung’s intentions and thinks that it’s his brother’s obsession for fame and glory. Gee, I gotta watch the flick.

Oh, look how I digress. Won Bin’s final appearance on the screen – before enlisting for national service – was My Brother in 2005.

There isn’t much on Won Bin on the web, well, not in English anyway. If you’d like to become a member of Won Bin’s Official Fanclub, you’ll have to pay US$25 (RM87.36) for a 12-month subscription.