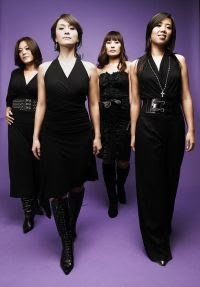 Since we are on the topic of physical beauty, let me write about a girl group that, I personally think, has been unjustly treated just because they aren’t drop dead gorgeous. Average-looking isn’t good enough in Korea…goodness, that spells doom for Liz. I love being a Malaysian. Yay.

Anyways, Big Mama is a quartet with fantastic vocals – they harmonise like angels – yet aren’t in the forefront of Korean entertainment because they don’t wear size zero clothes, prance around in barely-there threads or gyrate all over the stage when performing. Oh come on, people, you’ve got to develop more depth than that, alright?

These talented women have been relegated to singing backup because of their appearance. However, Yang Hyun-suk, the head honcho of YG Entertainment, gave the ladies a chance.

He decided to package the quartet up and bravely go against Korean showbiz type. It is said that in the contract, Big Mama members were prohibited from undergoing plastic surgery. If they did any nip/tuck, the group would be disbanded!

I guess that little tactic of vocals-only appreciation didn’t work as Big Mama left YG Entertainment after their contract expired in March 2007, five years after their debut. And up until today, they aren’t out-of-this-world popular like some other pop singers, such as the one who announced that her weapon is sex appeal. (What, you mean no actual singing? ;-)) 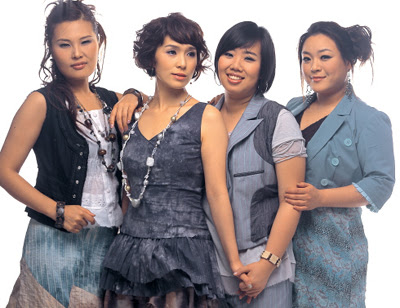 Many Big Mama fans think that the group has been unfairly treated by management due to the lack of promotion and hype surrounding the girls.

Currently, the ladies have signed on to Manwoldang and were booked to serenade noted women leaders at the 2007 World Women’s Forum on Sept 13. Good for them! Talent like that should not go to waste.

How did I find out about them? They appeared in the Big Bang reality series (Astro MTV) and I confess, I thought they were different in the sense that they weren’t Barbie doll-like perfect. That curiosity led to an appreciation for Big Mama.

Hey girls, if Paul Potts can do it, so can you too, OK? Potts was the winner of talent series Britain’s Got Talent (very much like American Idol). The 37-year-old sings opera. He is (very) challenged in the looks department but sings like a dream. God is fair 😉

Everyone, I present you Big Mama: