After spending some time in Australia earlier this month, BoA returned to Tokyo, Japan to perform at Pia magazine’s 35th anniversary bash on Sept 16. 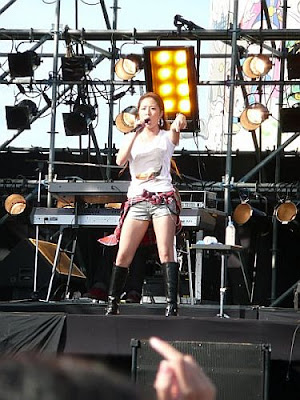 Clad in a casual white-T, denim shorts and black knee-high boots, the 21-year-old entertained fans with five songs including her new single Love Letter, which will only be released on Sept 26. 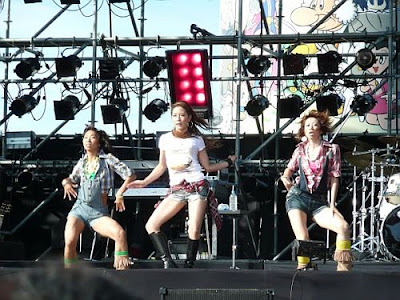 Other artists who shared the limelight at the special outdoor stage include popular Japanese singers and SM Entertainment’s newcomer J-Min.

BoA, who is based in Japan, is also reportedly set to hold a Christmas-themed concert on Dec 10 & 11 at the Tokyo International Forum Center. The concert is called BoA The Live.

Bwah ha ha ha ha…what kind of title is that?