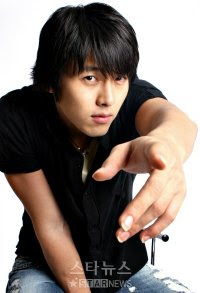 Wow, many of our lady readers love Hyun Bin because of his role in My Lovely Sam-soon. This entry is dedicated to all of you who have watched the drama repeatedly and are still enjoying it.

His debut movie came the following year when he appeared in Spin Kick. Another drama, entitled Ireland, followed soon after that.

However, The 25-year-old, whose name literally means “bright light”, only shot to stardom after toplining the highly popular drama series My Lovely Sam-soon (or My Name is Kim Sam-soon).

In the drama, which also stars Kim Sun-ah and Daniel Henney, the actor played cocky restaurateur Hyun Jin-hun. Since that fateful series, the man with the dimpled smile has been one of Korea’s most sought after stars.

The hottie then went on to star in the rom-com/drama flick A Millionaire’s First Love in 2006. His latest work is the drama series Snow Queen.

On the personal front, the heartthrob was reportedly dating Hwang Ji-hyun, a little-known actress who had a supporting role in the drama Come Back, Soon Ae. The relationship didn’t last and the couple split on May 1, 2007.

Yup, Hyun Bin’s officially back in the singles market again and word has it, he’s even learning English. Sweet.