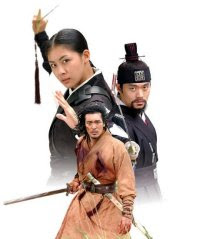 It’s a double whammy for me, this one. It’s dubbed in Mandarin and only has Chinese subtitles! Yeap, you won’t get to choose your preferred audio or subs.

This is actually one of Ha Ji-won’s (하지원) more popular dramas. Produced by MBC, the drama is reportedly a major part of the Korean Wave in Asia and the United States! You should check it out if you aren’t Chinese illiterate like me.

Set in the Joseon Dynasty, the drama centres on a group of women law enforcers called Damo. Although regarded as low class citizens they are the only ones with the privilege to investigate cases that involve upper class ladies. While they have access to people and situations no man can approach, they are still treated no better than servants. 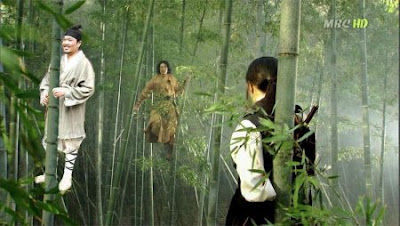 The story is about Chae-ok (Ha Ji-won), a sword wielding 23-year-old Damo who is given the task of investigating a money counterfeiting scheme. Soon, she finds herself drawn romantically to the leader of the rebel group. Hmm, interesting.