Taegukgi star Jang Dong-gun and Jewel in the Palace actress Lee Young-ae both won the Hallyu Cultural Award at the Chunsa Film Awards on Sept 14. 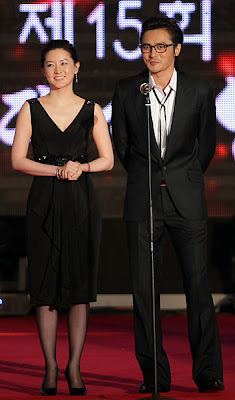 Winners of the Hallyu Cultural Award

Jang Dong-gun just isn’t my cup of tea, even if he’s touted to be Korea’s Johnny Depp. Here, check out the pic of the 35-year-old taming his rebellious hair with a hairband (!), along with images of other celebs who attended the event. 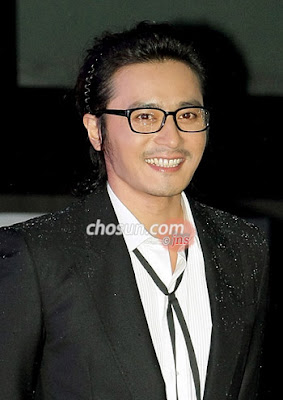 Mr. Jang, we know you took time out to accessorise
with a hairband but is that dandruff on your shoulder? Maybe
you need Rain’s Clear dandruff shampoo. 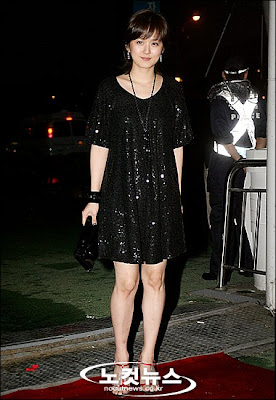 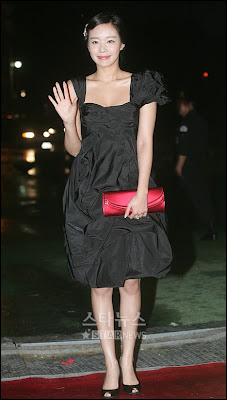 The lovely Kim Ah-joong in a not-so-lovely dress.
However, the bold red dinner bag is a nice touch. 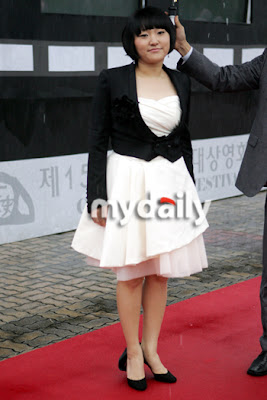 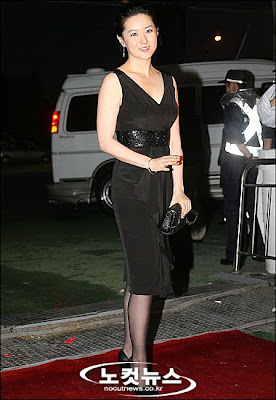 Mmm, did the invite say it was a black & white themed event?
Lee Young-ae blends in with the rest of the attendees in this number. 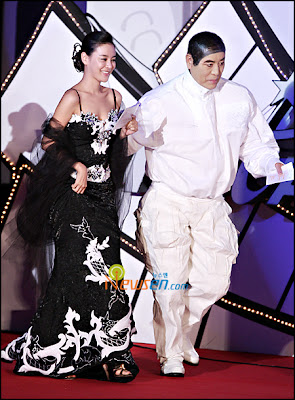