Well Malaysian TVXQ fans will not like this, but it is reported that the encore concerts for the quintet has already been sold out! And the shows will be held in Seoul on Oct 26, 27 & 28. The band will be performing at the Olympic Stadium. 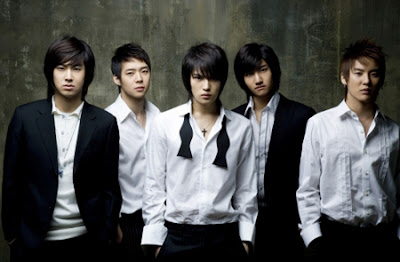 I guess the guys won’t be coming to our shores anytime soon for the rumoured 2nd Malaysian concert, no?

KBS Global reports that the ticketing website crashed just two seconds after tickets went on sale! All 33,000 tickets were snapped up after the site’s server was restored.

After hearing the good news about their sold out concerts, TVXQ thanked their fans and pledged to put on unforgettable performances.

The band’s repertoire will include TVXQ’s songs that were released in Japan and tracks from the band’s third album, which was released in Korea.