Venus Williams of the United States and Maria Kirilenko of Russia donned the hanbok during the awards ceremony for the Hansol Korea Open tennis tournament on Sept 30. The event was held at the Olympic Park in Seoul, South Korea. 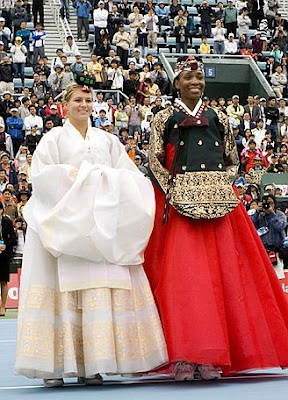 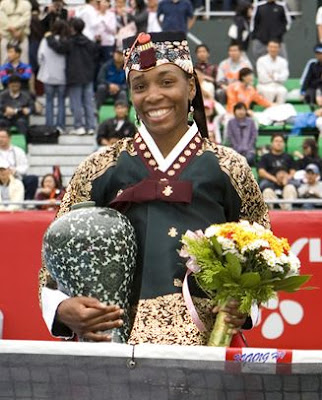 Williams also received a koryochungja, a vase made of Korean green porcelain.

Jay Park’s not coming to Malaysia, goes to Singapore

The Cross in Kuala Lumpur

4 thoughts on “Venus Williams in a hanbok”