BoA, TVXQ’s Xiah, Tablo and Jinbora are the members of Anyband, Samsung’s new marketing scheme for their line of Anycall mobile phones. It is said that as well as being the new faces for Anycall, the collaborating artists will perform together as a pop group. Hmm, what will they think of next?

The Anyband micro-site is now up at Samsung’s website which apparently seems to be some sort of countdown to… something. Either that or my incredibly slow connection is hampering any site function. 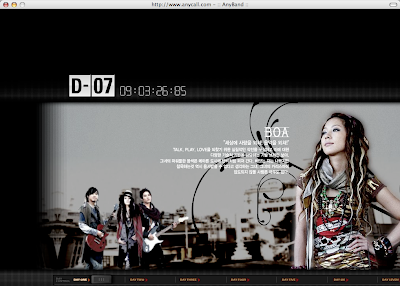 The quartet will be appearing in a CF and MV (ah, so that’s what Xiah and BoA were doing in Brazil) soon to be aired on television.