On a sunny and clear Saturday afternoon, the K-popped! Trio travelled to Beijing’s 700-year-old hutong on Nanluogu Xiang (a street), which is close to the Hou Hai area. 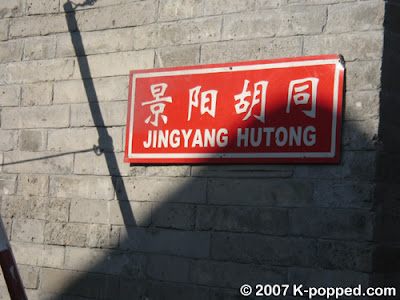 A hutong is an ancient and tightly-knit community that is fast vanishing from modern Beijing. It is said in a Reader’s Digest article (August 2007) that less than 1,500 of the city’s 10,000 original hutong remain and that number will be halved again by the 2008 Beijing Olympics!

Hutong are to the Chinese capital what canals are to Venice. The densely packed lanes are lined with low grey-bricked buildings on both sides. 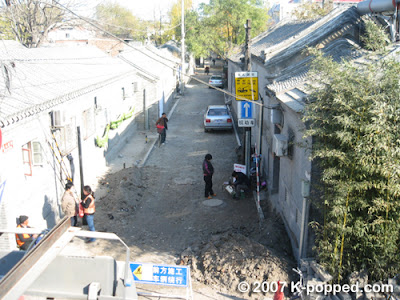 The hutong we visited on Nov 10 has been turned into a tourist attraction of sorts. The buildings lining the narrow lane have mostly been turned into shops, restaurants, massage parlours and such, and there is still a lot of construction work going on. 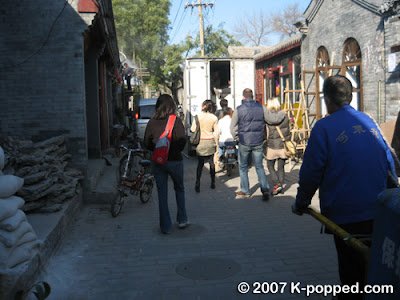 Lots of renovation and refurbishment going on

However, if you do take a detour from the main artery into the side lanes or take an unexpected turn at one of the many open doors, you might just end up in somebody’s home! 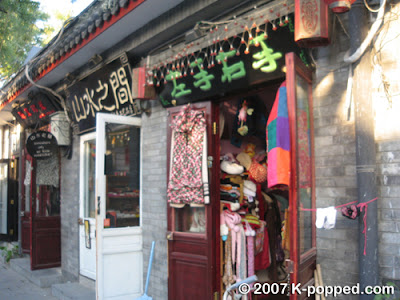 It is at this quaint and intimate setting that the K-popped! Trio discovered a Korean eatery called Saveurs de Corée, which is French for “savours of Korea”. Run by a husband and wife team, the restaurant serves authentic Korean cuisine prepared by Korean chefs. 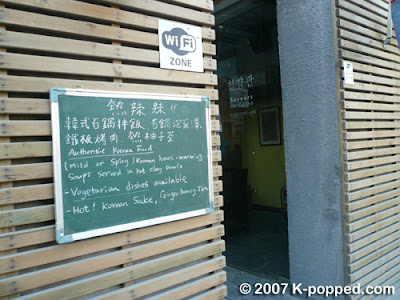 The husband, who is from Hong Kong, led us to the restaurant’s rooftop terrace for an al fresco dining experience. Meanwhile, his Korean wife kindly took our orders and served us. 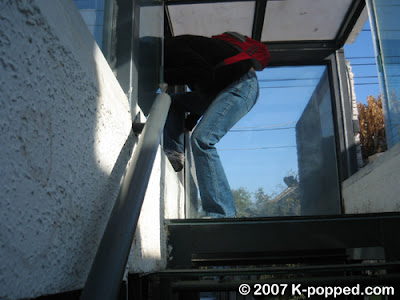 Excuse the butt shot, but that was how we made our way to the
rooftop terrace

There were so many choices available but we finally settled for: 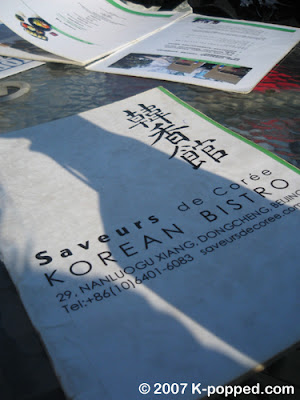 A 4-course meal set made up of: 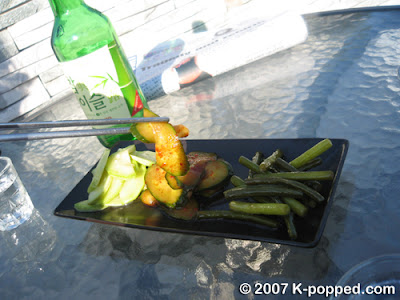 Kimchi: pickled chives, squash and cucumber that refreshed
the palate, especially on a sunny and cold afternoon 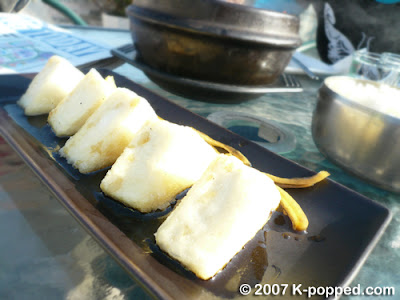 Deep-fried tofu (Dooboo Boochim) that is absolutely heavenly – crispy
on the outside, soft on the inside and drizzled with just the right
amount of light onion sauce 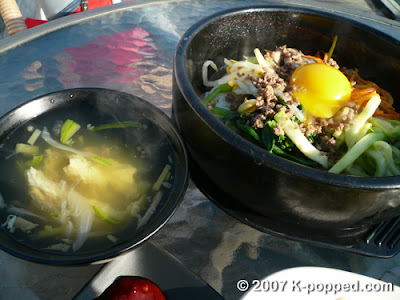 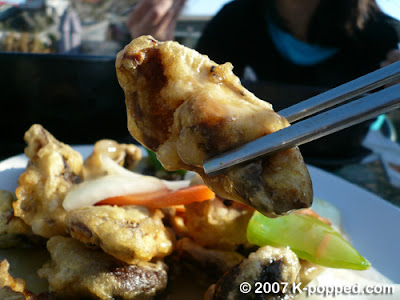 One of the restaurant’s specialty: Fried shiitake mushrooms with sweet
and sour sauce (Bossod Tangsoo). 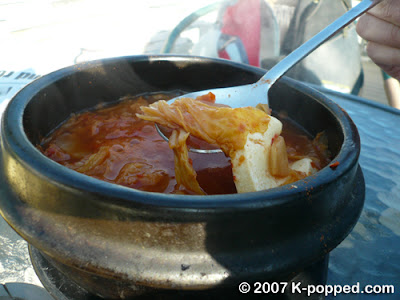 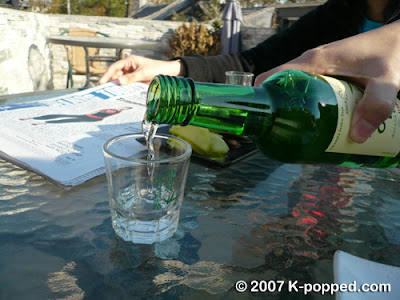 A bottle of soju.

After downing the soju, the Trio got a little tipsy (OK, so we aren’t drinkers at all) and promptly supplied our own “entertainment” such as: 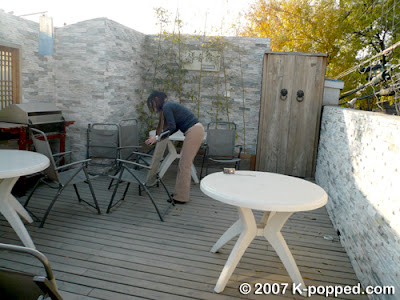 It might look easy here, but Rooster had to concentrate real hard to prevent
herself from rolling down the stairs 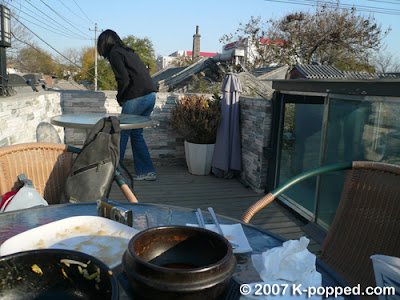 Liz wandered around aimlessly while giggling

The sumptuous spread was so affordable we could cry tears of joy. The bill came up to ¥118, which is approximately RM59. Can you believe that? If we were back home in Malaysia, a meal like this for three persons could easily come up to RM100 or more. 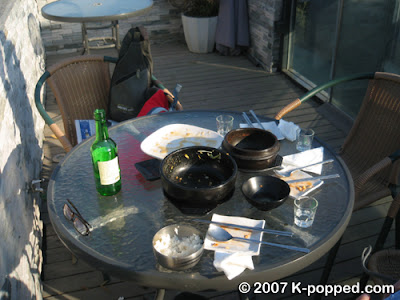 This gem of a restaurant nestled in one of Beijing’s oldest hutong is a must-visit for a good, hearty and affordable Korean meal. 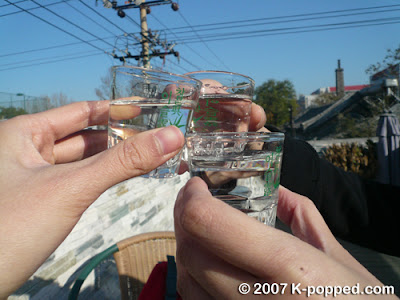 A toast to a great meal, good company and K-popped! friends
all around the world

Here are the details you need to get there:

The restaurant takes reservations as early as one calendar month in advance.

K-popped! is in Beijing, check out what they are up to:
Korean snacks from Wudaokou
Lunch at Wudaokou
Korea star sightings in Wudaokou
Travelling to Wudaokou in Beijing
Song Hye-kyo on the cover of Chinese Cosmopolitan
K-popped! in Beijing