Another one? We all remembered how big a bomb The Promise was, right?

Nonetheless, Laundry Warrior (ha ha, what a title), which is a Hollywood production, sounds interesting on paper. 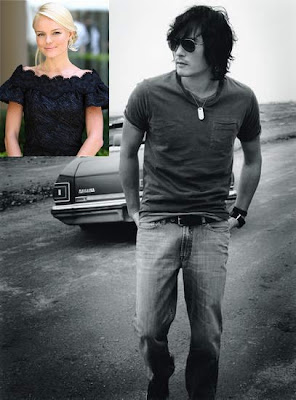 The film is produced by Barrie Osborne, the same person who produced the Lord of the Rings and Matrix, and will be helmed by Korean Lee Seung-moo.

Jang Dong-dun will be sharing screen time with Geoffrey Rush (Pirates of the Caribbean) and Kate Bosworth (Superman Returns).

The futuristic film is about an Asian warrior’s adventure in the American west. Jang plays the fugitive warrior who hides out in the badlands, where he meets a town drunk (Rush) and a woman who wants revenge for the abuse she suffered as a child (Bosworth).

Filming is set to begin on Nov 12 in New Zealand.

Let’s hope Mr. Jang’s first foray into Hollywood will be vastly different from his turn in Chen Kaige’s The Promise. I can’t help it, the fantasy movie is so bad, it’s so memorable for all the wrong reasons.