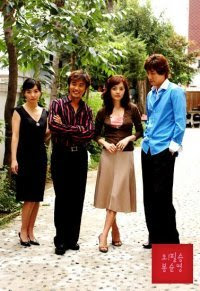 The title. Why is it translated to Oh! Feel Young? Does Pil-seung mean “feel young” in Korean?

Anyway, I watched the drama last night/early morning and enjoyed it. It’s funny in the fish-out-of-water kind of way.

Ahn Jae-wook (안재욱) is hilarious portraying the bumbling Pil-seung. He’s a good-for-nothing lazy bum who happens to have family ties with the Chairwoman of a chain of hypermarts. When he learns of his real identity – the heir to the mega-corporation – he instantly gets a position of power at the organisation, ruffling a few feathers in the process.

One of them is the very dynamic and debonair Jae-woong (Ryu Jin, 류진 of Love Truly). The child prodigy is dissatisfied that a wastrel is entrusted with such heavy responsibilities, and threatens to quit his managerial position. However, he eventually decides to stick around and treat the situation as a challenge.

A love triangle between the men and a hypermart employee named Soon-young (Chae Rim,채림) is thrown into the mix. In the 4th episode last night, Soon-young gets chummy with Jae-woong, leaving Pil-seung heartbroken.

Pil-seung then starts to take his work seriously. With the help of his reliable assistant Yu-jeong (Park Seon-young, 박선영) – a possible love interest – the protagonist sets out to prove his worth. Yeah, game ON, people!

Nice drama, but quite late in the night.

Can a guy who knows nothing about the ruthless world of wheeling and dealing succeed or will he be knocked down by the back stabbers and opportunists around him? 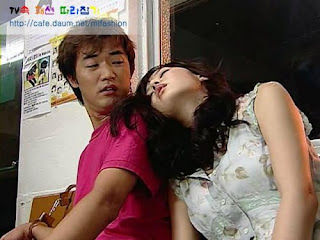 You’ve just got to watch and see if the happy-go-lucky and uneducated Pil-seung rises to the occasion or crashes and burns…and at the same time, win the heart of his true love. Phew!