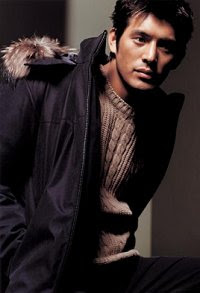 The 31-year-old courted controversy in January this year when his ex-girlfriend committed suicide.

Initially, he denied ever knowing the 28-year-old bar hostess named Anna, but after much speculation from the press, Oh confessed that they were together for a year.

He wrote at his blog: “The reason why I am writing is because I still cannot believe she left. I can only weep.

“It still hurts (thinking about our past), but everything I read now in news reports describing our relationship has become distorted and meaningless.

“I was a celebrity who had to constantly be aware of what others think about me, and she was a girl who was not in a position to be proud of her job.”

However, that is in the past and the actor/model is determined to put it behind him. He has starred in the SBS drama Get Karl! Oh Soo-jung, a male version 200 Pounds Beauty, if you will. The drama, which also stars Uhm Jung-hwa, aired in Korea in July 2007.

Oh was an unknown during the first 7 years of his career. His popularity only took off in 2006 when he starred in MBC’s Couple or Trouble (now showing on Malaysia’s 8TV) opposite Han Ye-seul. 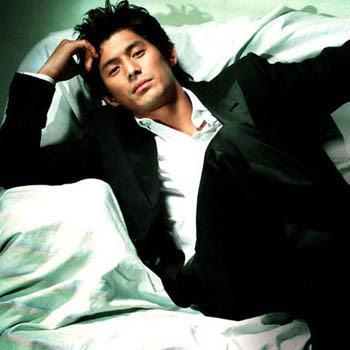 The self-professed introvert and nerd (a nerd who looks like he does? Whoa, nerds rule!) revealed that he changed his hairstyle and tanned himself to portray the brawny Chul-su in the series.

His efforts weren’t in vain as he won the Popularity Award at the 2006 MBC Drama Awards. Apart from that, the actor – along with his Couple or Trouble co-star Han – bagged the Best Couple Award as well, beating Yoon Eun-hye and Joo Ji-hoon of Princess Hours/Goong.

The gorgeous Oh also had a supporting role in Shu Qi’s My Wife is a Gangster 3.