An informative documentary that uncovers the history of the De-Militarized Zone (DMZ) in Korea. The DMZ is a no-man’s-land that separates North and South Korea. 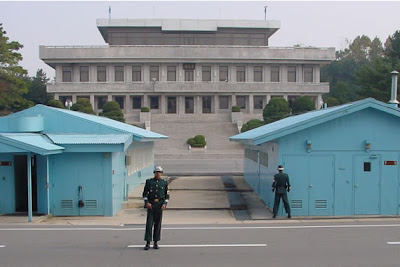 DMZ: From the South looking North. The soldiers are South Koreans

Interesting facts can be gleaned off the documentary such as:

A documentary that recounts the crises of the Cold War, a litany of North Korean aggression, infiltration, terrorism, spies, and presidential assassination attempts.

Soldiers and diplomats offer an intimate view of the delicate balance of statesmanship and strategy that has kept Pyongyang at bay over the decades. See how North Korea’s attempts to obtain nuclear weapons have ushered in a new era at the DMZ, and tour the area that remains a global flashpoint despite the end of the era it symbolizes.