It looks like she’s pretending to be a meat carcass with fellow actor Hwang Jung-min. 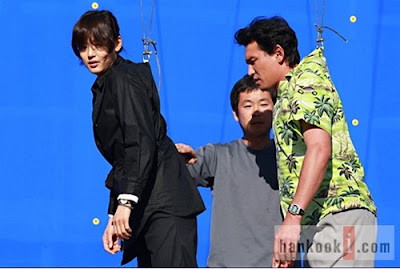 And now the pair seems to be dancing on air. 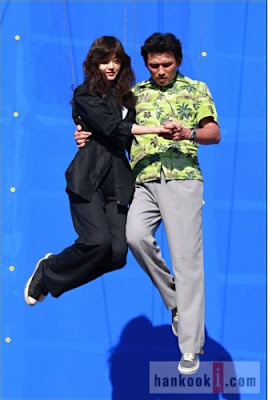 The fact is, the duo had a photoshoot for their upcoming flick He Once Was a Superman this afternoon. 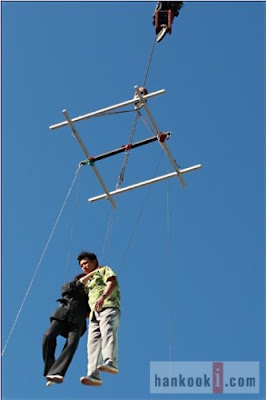 The film, which marks Jeon’s return to Korean cinema after her foray in Hollywood, is about an eccentric who believes he is a superhero (played by Hwang).

Jeon (My Sassy Girl) plays a documentary producer who will do anything for a story on the action hero wannabe. 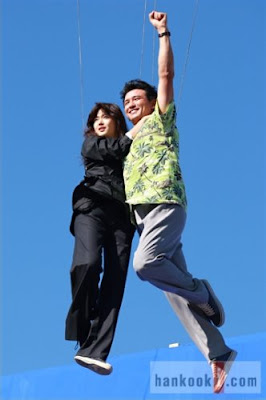 The flick will be released in Korea early 2008. It is directed by Jung Yun-chul (pic below, right). 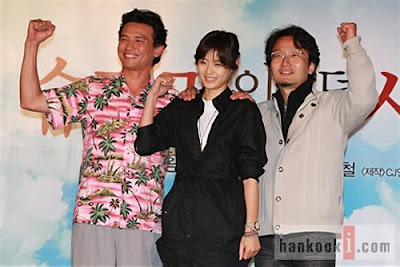