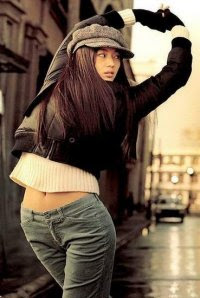 She is known for playing the protagonist in the highly-popular film My Sassy Girl. The romantic comedy turned her into one of the most bankable actresses in Korea.

Jun Ji-hyun made her debut as a model at 16 when she appeared in Ecole magazine. After that, she starred in a couple of TV dramas, a movie and a commercial, but not many people took notice of the rising star.

The model/ actress’ star shone a little brighter after she appeared in Il Mare (yes, the original to Keanu Reeves and Sandra Bullock’s 2006 The Lake House). More opportunities came her way after that, one of them being her ticket to stardom, My Sassy Girl.

Since then, she has been the face of many commercials and her movies would usually do well at the box office.

The 26-year-old then learnt English and will soon be appearing in a Hollywood production. She will star in the action/ sci-fi flick Blood: The Last Vampire. The film, which is named after the Japanese manga of the same name, will be released in Spring 2008 and Ji-hyun will be credited as Gianna Jun.

Ji-hyun will also be making a comeback to Korean cinema in He Once Was a Superman, set to be released in 2008 as well.

The actress’ starpower is still on the rise, as she has been named as one of Asia’s new A-listers by E!

Come on people, give it up for Jeon Ji-hyeon!