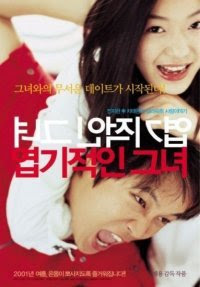 It’s Cha Tae-hyun for me. I absolutely love this guy! He’s so funny.

The first Cha Tae-hyun flick I watched was Highway Star (2007) and the good news is, he’s equally funny here in this 2001 feature.

However, Jeon Ji-hyeon is very convincing in the film as well. The Sassy Girl’s so sassy, she’ll make you want to…er, get sassy with her yourself!

She comes across as such a nasty b*tch bully that you’ll feel like reaching over and poppin’ her on the noggin for such bratty behaviour.

But underneath all that attitude lies a vulnerable girl who has loved and lost. You’ll need patience watching the show, as it takes quite a while to get to the part where all is revealed.

The good thing is, the conclusion to the story surprised me. It makes watching all the abuse Gyeon-woo (Cha Tae-hyun) had to endure in his quirky relationship with the volatile Girl (her name is not given in the show) more bearable (I can’t help it, I *heart* Tae-hyun oppa. Hee hee).

While watching the flick, make sure you take note of the background information on the characters. They are actually (very) subtle pieces of a puzzle that will eventually be fitted together. 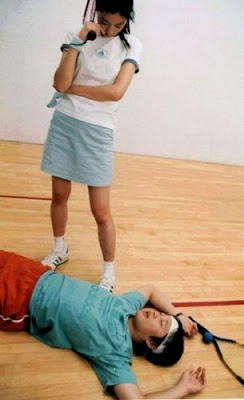 I got a little tired of the show a little past mid-point but the big reveal totally saved it. In the end, I enjoyed the flick…it’s very clever.

So popular is the movie that Hollywood is making a remake of it!

To be directed by Yann Samuell, Hollywood’s version will be released in 2008 and stars Elisha Cuthbert and Jesse Bradford.

Will the pair be as hilarious as the Jeon Ji-hyeon and Cha Tae-hyun pairing? We’ll have to wait to find out!

Partially based on Kim Ho-sik’s online serial, which details his relationship with his off-the-wall college girlfriend. The series was then compiled into a best-selling book and director Kwak Jae-yong turned it into a screenplay. 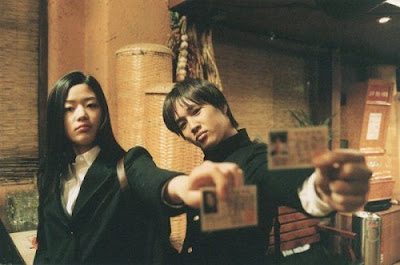 It’s about how college student Gyeon-woo crosses path with a drunk girl onboard a late-night subway. Just before she passes out, she calls him Honey and the other passengers assume him to be her boyfriend; they demand that he takes care of her.

Gyeon-woo has no choice but to make sure the Girl is alright and in the process of doing so, vows to heal her sorrow.

Thus begins the adventures and misadventures of the quirky couple.

We bought the DVD.