Boyband F.T. Island is making their way to Malaysia in March!

The quintet will be performing live at the Sunway Lagoon Amphitheatre on March 30, 2008. 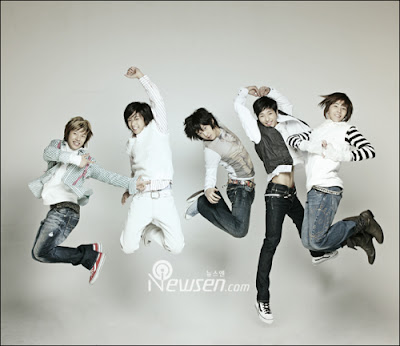 The boys will also be holding a meet-the-fans session on March 29, 2008 at Cineleisure Damansara. They will be autographing their repackaged album entitled The Refreshment, which will be released in Malaysia sometime in February.

F.T. Island is being brought into Malaysia by C.I. Entertainment.

I’ve heard their songs and watched their performance but have never been quite bowled over by them. Watch the YouTube video above for a taste of F.T. Island.