Androgynous actor Lee Joon-ki is set to launch his career in China through a remake of a very popular Chinese drama entitled Romance Story. 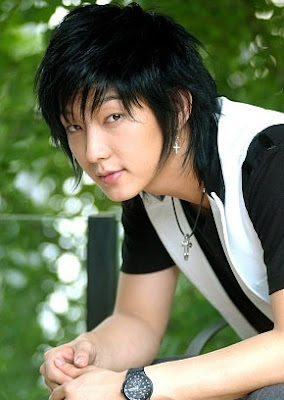 Watch out: Joon-ki has set his sights on China

When the original series aired back in 1997, the ratings went through the roof and the series was dubbed China’s “National Drama”.

The series’ scriptwriter Haiwan (hmm, did you know that haiwan is “animal” in Bahasa Malaysia? Just thought you’d like to know) cast the 26-year-old actor because he “was deeply impressed by Lee Joon-ki’s performance in The King and the Clown.”

Haiwan also thinks that Lee will be perfect for the role in his upcoming drama.

Taiwanese actor Teddy Wang Xian Leng and Chinese actress Lu En-hwa will be joining the Korean actor in the drama.

Lee Joon-ki’s popularity is steadily increasing in China after his impressive performance in The King and the Clown. The My Girl actor inked a deal with the Emperor Entertainment Group in 2007 and has been looking for opportunities to launch his career in the Chinese-speaking territories of Taiwan, China and Hong Kong. This project seems to be his first assault.