It has been revealed today (Feb 12) that Over the Rainbow actress Kim Ok-bin will be the female lead in director Park Chan-wook’s (Old Boy) sexy vampire horror movie entitled Bat. 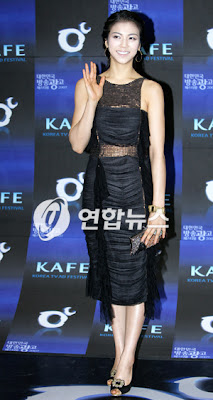 Kim will star opposite award-winning actor Song Kang-ho in the movie, which reportedly has many explicit sex scenes.

In the flick, Song plays a surgeon who accidentally turns into a vampire who craves blood, sex and love. The film will start lensing at the end of March.

So does this mean Kim Ok-bin will shed her clothes for the camera?