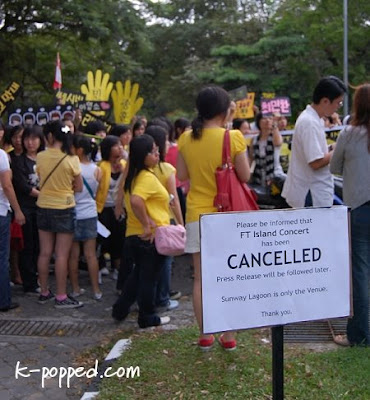 It is 6.30pmon Sunday (March 30) and the atmosphere outside Sunway Lagoon’s Elephant Walk Entrance is somber. 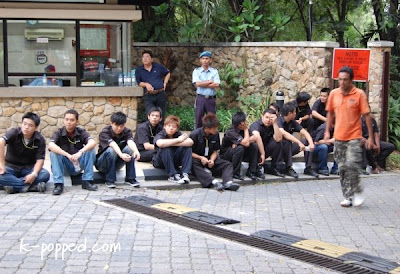 Many fans are shocked and in disbelief that the FT Island 1st Live in Malaysiaconcert has been cancelled. 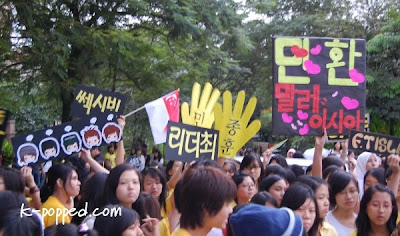 Fans want the show to go on!

Some fans got wind of the cancellation at around 4pm, just three and a half hours before the curtain rises!

Fans are still hanging around the entrance to the concert venue, praying that the situation will change. They are hoping that theF.T.Islandboys will miraculously show-up. 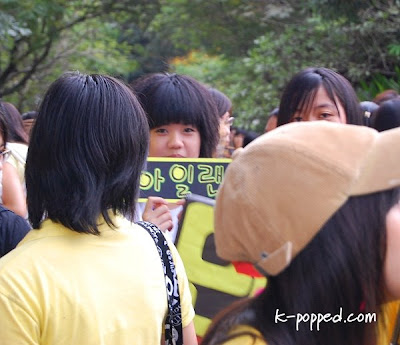 Fans linger outside the entrance to the concert venue in
hopes that the boys will turn up
“We are here because we are hoping things will change. Maybe they could just appear and lip sync or something…anything,” says Nur Aliyah who is here with 5 of her friends namely Amelia, Aqilah, Farah, Nur Aliyah (yes, they share the same name) and Mimi.

Aliyah (the 1st one) adds: “We only ever get to see them on the Internet and this was our chance to see them in the flesh! We are very disappointed.

“We are Malaysians, we live here…can you imagine how the fans from other countries must feel? They come all the way fromSingapore,Thailand,Indonesia….We want to know why this happened?” 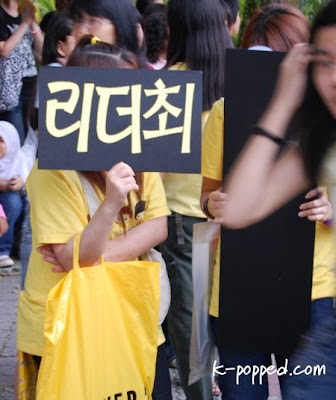 However, the girls strongly believe that FT Island is not at fault. Word on the grapevine is that the FT Island management and local organisers C.I. Entertainment had a falloutand the boys’ management is preventing them from performing.

It is said that the management is extremely dissatisfied with the arrangements made by the local organisers. They are unhappy with the hotel (Grand Millenium) and venues of the events (Izzi Restaurant for the PC, and Party House for the Global Fan Meet/ Birthday Party). 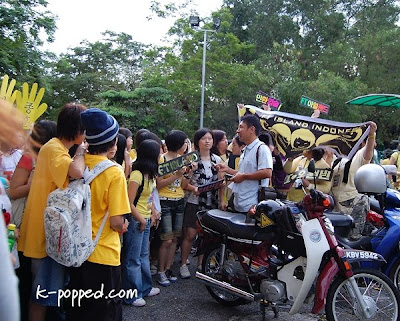 Amelia says, “We are understanding fans. We don’t want to mogok (protest) or anything like that. Also, we don’t want FT Islandto be blamed for this. We know it is not their fault.”

The only C.I. Entertainment rep at the concert venue refuses to comment on the situation. However, the person divulges that the FT Island boys are still in Malaysia, but the concert is cancelled. The person politely asks K-popped! to wait for the official press release. 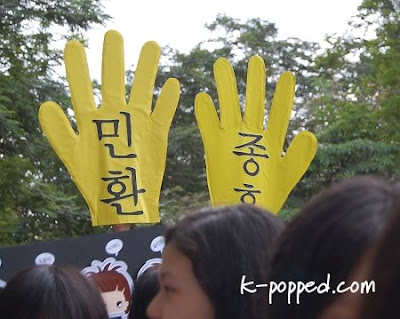 When the Korean management still refused to give in to their plea, the local organisers attempted to dupe the manager to appear at the concert venue to explain things to the fans.

They lied that they were taking the person to the airport, but the manager discovered their ruse and jumped out of the car. 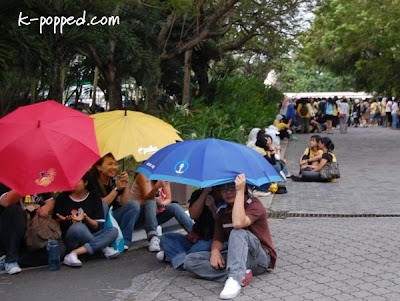 Red, yellow and blue — that’s how the fans felt, BLUE.
It drizzled a little on this sad day

Again, we stress that this is hearsay. Neither C.I Entertainment nor the Korean management has commented on the situation.

From across the border

An FT Islandfan from Singapore, who wants to remain anonymous, says she is extremely disappointed.She only discovered about the concert cancellation when she arrived at the venue. 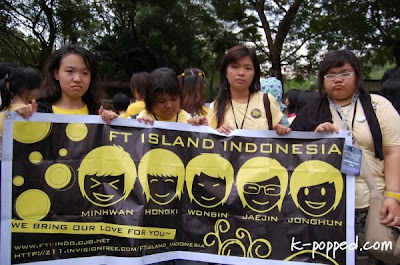 “We would like to know the reason behind it. They (FTIsland) are already here and the concert venue has been set up. Why cancel? After all, they are only here for one concert.”

The Singaporean fan is part of the group that bought the fan package, which includes the Global Fan Meet/ Birthday Party with the FT Islandboys yesterday (March 29). She informs K-popped! that yesterday’s event was almost cancelled as well. 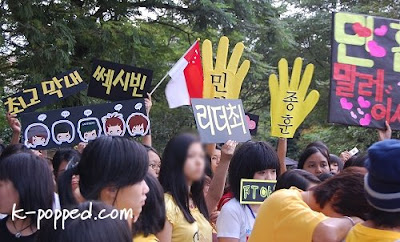 ‘Give us FT Island, not our money back!’ (A Singapore fan represents with a flag)

“The Global Fan Meet was almost cancelled. We waited for about 6 hours before FTIslandturned up. They finally managed to persuade the boys to show up at the last minute. This delayed the fan meeting and autograph session later in the afternoon.” 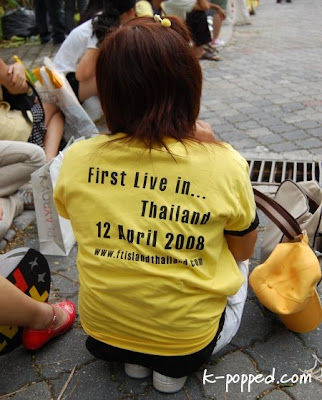 Fans from Thailand were even here! The FT Island boys will be
performing in Thailand soon. The shirt says it all

K-popped! is saddened by how things turned out, especially for the fans who have been anticipating the concert. Below is a video of the fans calling for the concert to go on.