While Malaysians (and some Thais, Indonesians and Singaporeans as well) fume over the cancelled FT Island concert, our K-popped! friends in Los Angeles will be enjoying a music extravaganza in May! 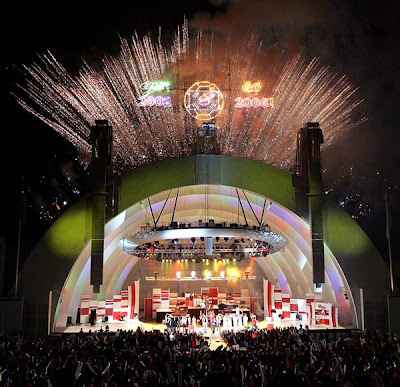 2006: The finale of the 2006 Korean Music Festival.
The night sky was lit with fireworks

On May 17th the 2008 Korean Music Festival will be held at the Hollywood Bowl from 6.30pm onwards. The annual event (since 2003) is said to be the largest Korean concert outside of South Korea. 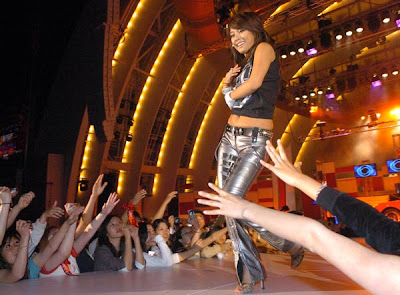 2006: Everyone wants a piece of Hyori 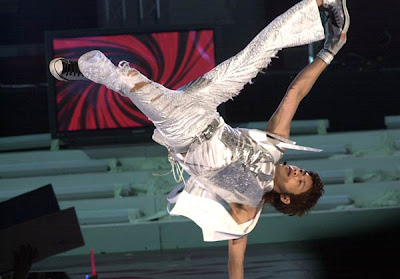 2006: Se7en performs his handstand…maybe he’ll attend
this year’s event as a spectator?

The festival is set to be a showcase of notable Korean talents. This year’s line-up include:

MCs: Brian Joo of Fly to the Sky and Ock Joo-hyun

Two artists – Lee Hyori and Wonder Girls pulled out of the event after a change in the broadcast partner. SBS will be covering the event instead of MBC.

Initially, Lee Hyori was supposed to co-MC the event (and possibly perform), but she has been replaced by Ock Joo-hyun. Wonder Girls pulled out as well because of an initial commitment with MBC.

Ticket and other details are at: http://www.koreanmusicfestival.com/

Nice…are any K-popped! readers going? Make sure you enjoy yourselves as there are many talents converging on one platform. 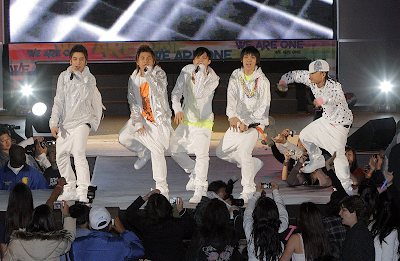 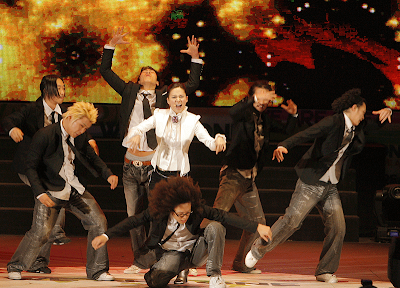 Over here in Malaysia, we’ve only ever had two Korean acts perform in a concert – TVXQ (twice) and Rain. We nearly got our 3rd Korean act…but then, you know that story already ;-).