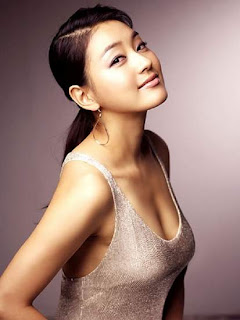 Shadows in the Palace, a horror/mystery that revolves around court maids in the Chosun Dynasty, stars Park Jin-hee (pic left) as a palace medic who delves deep into the mysterious death of a court maid named Wolryung.

Initially thought of as suicide, evidence from an autopsy points to a meticulously planned murder.

In the interview below, Park Jin-hee talks about her character and experience working on the movie.

What is your character in Shadows in the Palace?
I played a court maid named ‘Chun-ryung’, the character who solves the mystery in the film. She looks cold and rational on the outside but has some complicated emotional baggage from her past.

What is unique about Shadows in the Palace?
Shadows in the Palace is the first film to highlight the court maids who were always in the background of historical dramas. It has energy and visuals never seen before in Korean films. With the cast and main staff consisting completely of women, the film radiates with colour and style unique to women.

What did you prepare prior to filming?
To prepare for my role as a court nurse, I visited oriental doctors for advice and learned how to read the pulse, do acupuncture, and what to do during autopsies. And since there was not much information available on court maids, I tried to stay true to the descriptions in the script. What was the most difficult scene to do?
Not one scene was easy. Shadows in the Palace has the power to hold a person emotionally breathless, so it was difficult to express that in every scene.

How was working with director Kim Mi-jeong on her debut film?
When I first read the script, I thought the director would be very rational and cold. However, as I spent more time with her, I realised she’s a very warm and loving person. She’s very understanding of the actors. And because we’re both women, it was comfortable to communicate and work with her.

Any thoughts on your first starring role in 10 years?
Whispering Corridors was about young high school students but Shadows in the Palace has a deeper story. As the film’s scale gets bigger, the story and drama gets deeper. Personally, I am happy at the opportunity to express a wider range in acting and emotions in Shadows in the Palace. 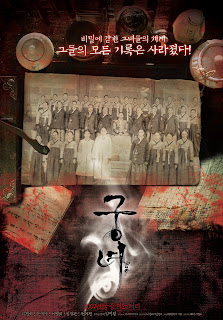 Court maids only ever appear in the hidden pages of Korea’s history. Typically tied to high authorities’ shameful acts, these ladies-in-waiting were typically exempted from official records.

While doing research for the King and the Clown filmmakers, Kim Mi-jeong took interest in the lives of court maids and decided to make a film about them.

With no clear historical records on them, Kim took 3 years and a healthy dose of imagination to pen the script for Shadows in the Palace. She also makes her directorial debut in the movie.

Her thoughts on the project: “Through Shadows in the Palace, I wanted to bring to light the stories of the neglected and hidden people’s lives in history.

“In the repressive palace, where women remain nothing but shadows in time, I hoped to show that court ladies, too, struggled with uncontrollable, natural desires and ambitions. 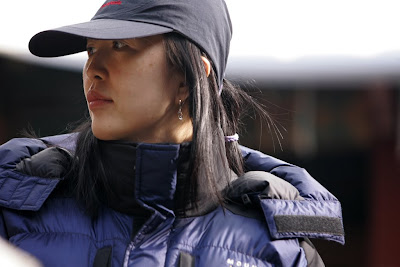 First-time director: Kim Mi-jeong makes her directorial debut
in Shadows in the Palace

“By showing how they had to cast aside and destroy themselves, I wanted people to experience the unrest, insecurity, and fundamental fear that people forced to live according to social prejudice must feel.

“Likewise, as we struggle to survive in the midst of millions of people but are eventually weeded out and forgotten, we too may be living in a modern day dark ‘palace’ much like the court ladies.”