Miss Universe, Miss Japan and Miss Korea were spotted together during an event in Tokyo on April 8. 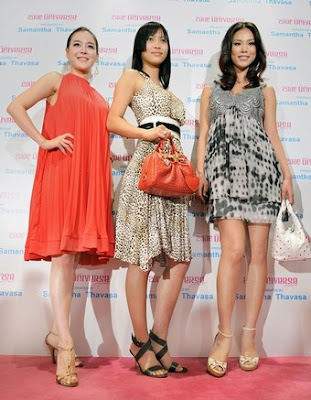 Vogue: Beauty queens in a row

They may be sharing the limelight now, but come June 2008, 24-year-old Lee is set to go up against 21-year-old Mima for the diamante tiara, bouquet of flowers, sash and oh yeah, that little thing called the Miss Universe title :-).

This year’s Miss Universe pageant will be held in Vietnam! Here’s a closer look at the competing beauty queens. 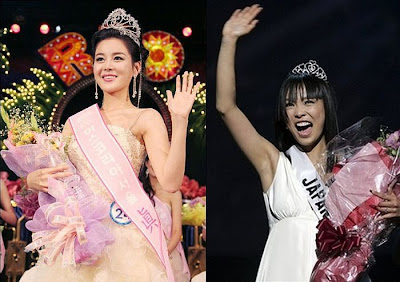 Round 1: Winning the title – Miss Japan seems to be more
enthusiastic about winning the crown. 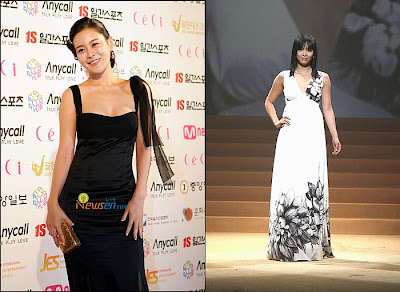 Round 2: Pretty as a flower is Miss Korea 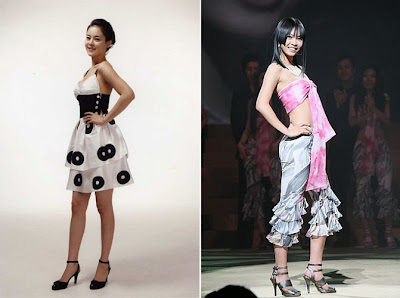 Round 3: Sassy chick – Miss Japan strikes a side profile pose with
lots of attitude 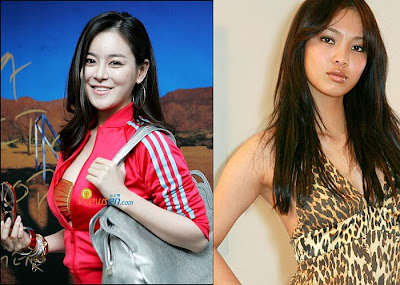