Jeong Ji-hoon is the It Korean star at the moment as he makes his Hollywood debut in Speed Racer, which is zooming into Malaysian cinemas on May 8! 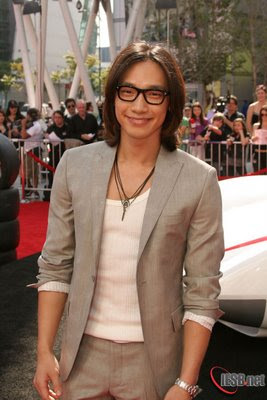 In an interview with the 26-year-old, the Korean superstar shares about his perseverance in grasping the English language (he talks to himself at cafes – this I gotta see!) and how the Wachowski Brothers offered him the lead in Ninja Assassin (it was over bulgogi and kimchi! No kidding).

Rain delivers some English lines in Speed Racer and to get things as perfect as possible, the Energizer Bunny sought the help of his American co-stars.

He says, “From the start, I admitted that I was learning English and asked them to tell me if I pronounced something wrong. My fellow actors also corrected my usage and monitored my scenes with care.” 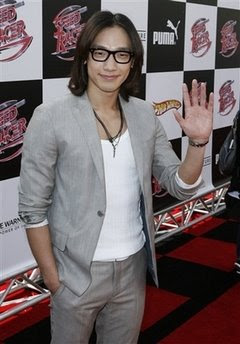 Monologue: Rain practices his English by having
conversations with himself in the language

The Korean actor, who is making his Hollywood debut in a supporting role as Taejo Togokhan also reveals a method he uses to practice English: “It has become a habit to sit at a coffee shop and ask questions and answer them myself.

“My English is still at a conversational level, but by next year, I hope to be able to speak comfortably in a formal setting.”

Apart from monologues at cafes, Rain also watches TV to help him grasp the language.

“I watched Lost, Prison Break and Entourage to study English, and it was nice to meet Matthew Fox, the main character of Lost. He is handsome, and I tried hard to get close to them.”

So, how awkward was it to act in front of the green screen?

“It was embarrassing to stare into space and recite lines with nothing there,” Rain reveals. “But after the second time, I got used to it and it was fun.”

“There is a scene where I punch Emile Hirsch. I still remember people at the monitors telling me that I did really well,” he adds. 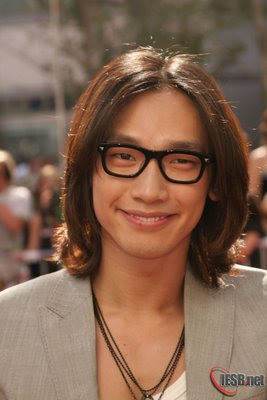 Green screen: While Rain was at first embarrassed acting in
front of the green screen, he eventually enjoyed himself

Ever since he was young, the Korean actor has admired Susan Sarandon, who plays Mom Racer in the flick. So it meant a lot to Rain when Sarandon surprised him by sending him a congratulatory letter.

“Susan Sarandon complimented my acting. It was like a dream. Later, she asked me for an autograph (on his CD), saying that she saw my performance on YouTube. She also sent a letter congratulating my Hollywood debut, and I have it safe at home.”

Ever the enterprising Korean ambassador, Rain invited the cast and crew of Speed Racer to a Korean restaurant in Berlin for bulgogi and kimchi. It was then that the Wachowski Brothers told him about Ninja Assassin.

The Matrix filmmakers said to him: “You work very hard. There’s something we’ve been preparing for 10 years. Do you want to do it?”

The Energizer Bunny innocently replied: “Sure, who’s the main character?”

The filmmakers answered: “It’s you.”

It is being reported that Jung Ji-hoon was unfortunately introduced as Taejo Togokhan during the premiere of Speed Racer at the Nokia Theater in Los Angeles on April 26. It looks like people can’t seem to differentiate him from his character. 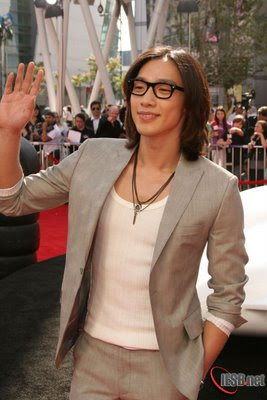 My name is…: Rain/ Bi or Jung Ji-hoon/ Jeong Ji-hoon
and not b100dy Taejo Togokhan!

The name mix-up wasn’t limited to the announcements as he is also listed as “actor Taejo Togokhan” in the caption of a photograph of him with co-star Sarandon!

Name glitches aside, Rain had this to say about Speed Racer after the preview.