Who is the lady who had a “wedding” in Shanghai recently? 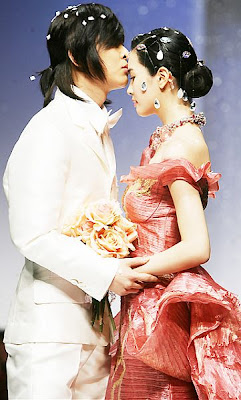 Hint: She co-starred in a drama with the actor Oh Yeon-soo kisses in the upcoming drama Bittersweet Life. (We’re going the roundabout way with this because it’s pretty obvious). 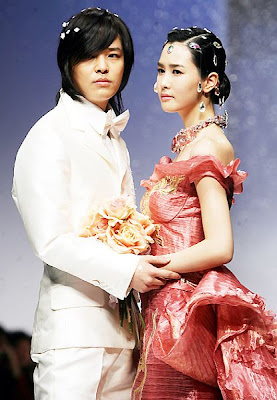 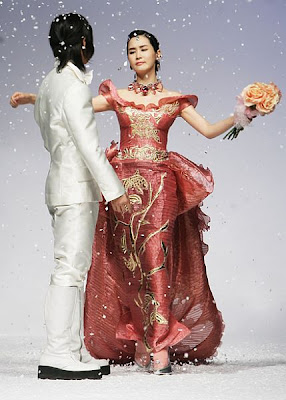 The perils of fashion: ‘Oh the dress is
killin’ me…it’s so tight!’

My Girl actress Lee Da-hae was Andre Kim‘s muse during his Preview in Shanghai wedding fashion show on April 22 in Shanghai, China.

She was the Blushing Bride of the day while her “bridegroom” interchanged between Goong actor Kim Jeong-hoon and Hong Gil Dong actor Jang Geun-seok! Lucky girl.

Thank goodness Korea’s resident Alien Life Form (ALF) a.k.a designer Andre Kim didn’t sashay down the runway with Da-hae as one of her “bridegrooms”. However, the gang took the final bow together :-). 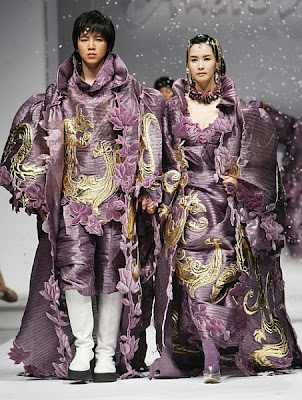 Out of this world fashion: Jang Geun-seok (left) walks
Lee Da-hae down the runway in curtains an eclectic ensemble 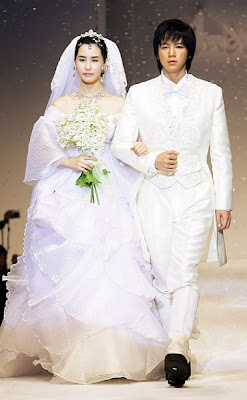 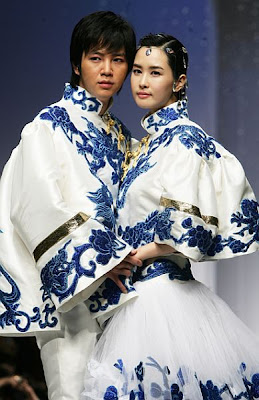 Swimming in cloth: Ohmigosh, they are so
‘drowned’ in fabric 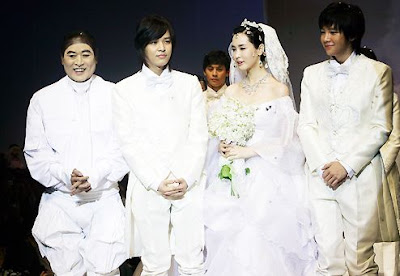