Korean actor Won Bin is set to star in a new film directed by The Host helmer Boon Joon-ho! The 31-year-old thespian will be joined by veteran actress Kim Hye-ja, who is very much admired by the director. 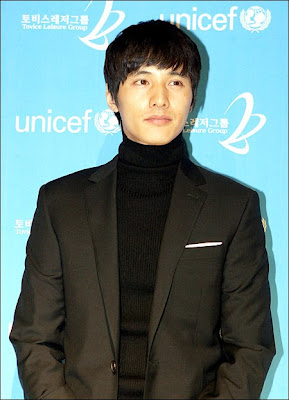 Coming soon: Won Bin is set to star in the flick Mother

The film entitled Mother is about a mother who struggles to clear a false murder charge against her son. Filming begins this fall with a release date planned for early 2009 (Korea).

Mother will be a comeback flick for both leads. Kim has not appeared on the silver screen since 1999’s Mayonnaise.

Meanwhile, Won Bin has been missing in celluloid action since 2005’s My Brother. The actor enlisted in the army in Nov 2005 but was discharged in June 2006 because of a knee ligament injury that needed surgery. He has since been waiting for the right project to make his comeback into showbiz :-).

I bet many fans are excited to hear this news. Uh-huh. Won Bin’s baaack!